Home Book Terror Years: from Alqaeda to the Islamic State 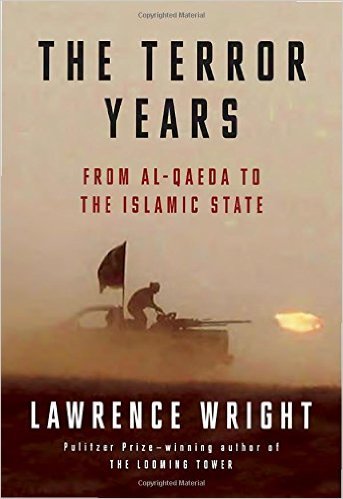 Terror Years: from Alqaeda to the Islamic State

“Terror Years” written by “Lawrence Wright” is about roots of terrorism and terrorist groups in Middle East from Alqaeda to ISIS and has been published by Harvard University Press.

Undoubtedly terrorism is one of the biggest challenges in Middle East in last two decades. Although it doesn’t mean that there was no terrorism in Middle East before these years but since 90th and after creation of terrorist groups like Alqaeda and Taliban under the aegis of U.S. and Saudi Arabia in Afghanistan and Pakistan, this conception has evolved to International Terrorism, based on fundamentalist teachings.

Organized fascist groups in Germany and Italy in Hitler and Mussolini eras were examples of terrorism in 20th century.

“Lawrence Wright” is a Pulitzer Prize winner in 2007.

Wright tries to entangle the personality of Bin Laden by ascribing turmoil in Egypt and Aiman AlZawahiri to his ascending to power.

He also sees Saudi Arabia’s government and society, as a root of terrorism in Middle East.

Other chapters of book deals with Israeli Palestinian conflict in Gaza from 2006 till to 2011, and he described it as a double standard in the field of the value of Human Life.

In the next chapters, we read about Alqaeda and its plans for future or its experiences in organized riots and creating an international terrorist network. Also in this book, U.S’ reactions against Alqaeda are described by two FBI agents.

In the last chapters the book describes ISIS and causes of its rising and its crimes as decapitating journalists or Libyan workers.