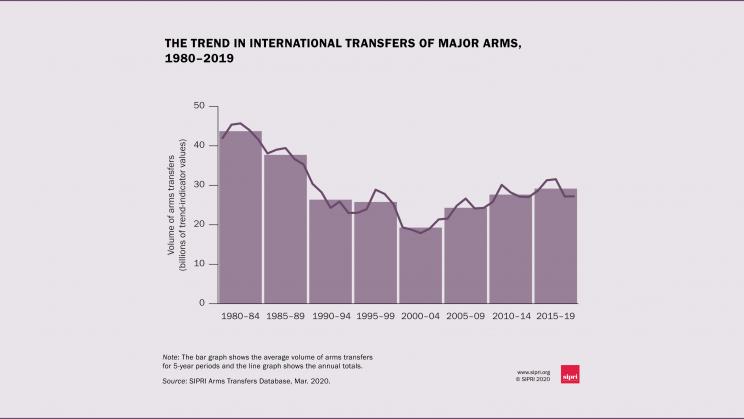 This report suggests that, International transfers of major arms during the five-year period 2015–19 increased by 5.5 per cent compared with 2010–14. According to new data from the Stockholm International Peace Research Institute (SIPRI), the largest exporters of arms during the past five years were the United States, Russia, France, Germany and China. The new data shows that the flow of arms to the Middle East has increased, with Saudi Arabia clearly being the world’s largest importer.

Between 2010–14 and 2015–19, exports of major arms from the USA grew by 23 per cent, raising its share of total global arms exports to 36 per cent. In 2015–19 total US arms exports were 76 per cent higher than those of the second-largest arms exporter in the world, Russia. Major arms transferred from the USA went to a total of 96 countries.

‘Half of US arms exports in the past five years went to the Middle East, and half of those went to Saudi Arabia,’ says Pieter D. Wezeman, Senior Researcher at SIPRI. ‘At the same time, demand for the USA’s advanced military aircraft increased, particularly in Europe, Australia, Japan and Taiwan.’