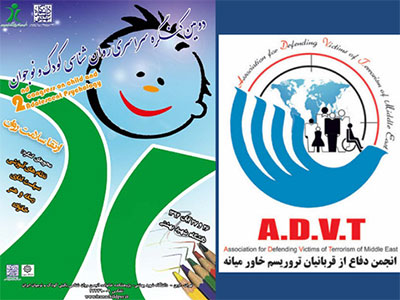 Board Member of Association for Defending Victims of Terrorism (ADVT), Mr. Iraj Moradi lectured at the congress closing. He addressed the fact that child victims of terrorism have suffered most from terrorism and the adverse effects of this phenomenon have hurt them psychologically and they have been suffered for decades.

Pointing out different psychological aspects of a terrorist attack, Mr. Moradi said that the main role of a terrorist attack is to spread the sense of fear in society. The person who assassinates others, his aim is not just the victim, but spreading fear in a society; perhaps a child witnesses the terrorist act or he may be the victim. This child will have difficulty in continuing his life. Regarding the high statistics of child victims of terrorism in Iran, paying attention to psychological issues of these children is vital.

Emphasizing the role of media in community building, he added that holding seminars and meetings can be another media in the field of child victims of terrorism which addresses the educated people of a society. Due to the fact that universities and other higher education centers play an important role in thought management of societies, they will have a special role in the process community building.

In his final remarks, Mr. Moradi declared that ADVT welcomes the projects and ideas of experts in order to solve the problems of the victims and reduce the adverse effects of the heinous phenomenon of terrorism. We hope that one day the fear of terror scares no child.

General Dynamics is Complicit in the War in Yemen

Beuze: The situation in Yemen is really a dire one