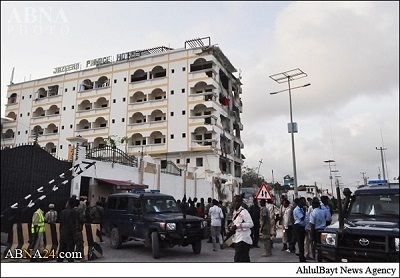 “The attack resulted in a number of casualties and injuries, including to staff of diplomatic missions of several countries whose missions were based in the hotel,” reads a statement issued by Office of the Spokesperson for the Secretary-General.

Mr. Ban, adds the statement, conveys his deepest condolences to the families of the victims and to their Governments, and wishes the injured a swift recovery.

“The Secretary-General affirms that this egregious attack will not deter the UN and international partners from our steadfast commitment to help the people and Government of Somalia realize a peaceful future for their country.”

Later in the day, the UN Security Council, in a statement to the press, also strongly condemned the attack, offering condolences to the people and Governments of Somalia, as well as of China, noting that one member of security staff from the Chinese Embassy had been killed in the incident