Home Report Refugees, the Population of Concerns to UNCHR 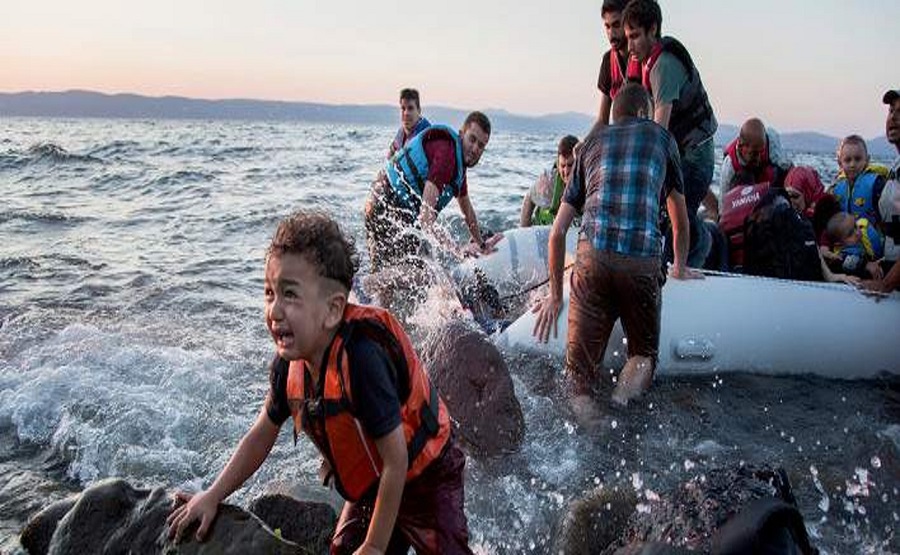 Refugees, the Population of Concerns to UNCHR

Conflict, persecution, generalized violence and violations of human rights continued to cause forced displacement around the world during the first six months of 2015. Fighting across parts of the Middle East and sub-Saharan Africa have continued into the first half of the year resulting in millions of individuals being forced to flee either within or outside their country.

By the end of 2014, 59.5 million individuals were forcibly displaced worldwide as a result of persecution, conflict, generalized violence, or human rights violations.( http://www.unhcr.org/pages/4a02afce6.html.)

This report analyses displacement trends during the first half of 2015, based on statistics collected by UNHCR, governments, and non-governmental organizations (NGOs) which is available on UNHCR’website.

During the first half of 2015, UNHCR offices reported that at least five million individuals were newly displaced. Some 4.2 million were newly displaced within their own country, while 839,000 were displaced across international borders. This compares to 5.5 million newly displaced persons during the same period in 2014. In addition, in 2015 Europe has experienced exceptionally large numbers of refugees and migrants arriving via the Mediterranean Sea, a majority of whom are from the Syrian Arab Republic and other conflict-affected countries and regions. (unhcr.org/mediterranean/regional.php)

This report argues that the total number of refugees has increased significantly and consistently over the past four years. Starting from 10.4 million at the end of 2011, the number increased to 10.5 million in 2012, to 11.7 million in 2013, and finally to 14.4 million by the end of 2014. By mid-2015, it had reached an estimated 15.1 million, its highest level in 20 years. Within three and a half years, then, the global refugee population grew by 4.7 million persons – some 45 per cent. The main contributing factor to this trend has been the war in the Syrian Arab Republic.

In addition to the Syrian crisis, the outbreak of armed conflicts or deterioration of ongoing ones in Afghanistan, Burundi, the Democratic Republic of the Congo, Mali, Somalia, South Sudan, and Ukraine, among others, have contributed to prevailing trends. Meanwhile, the number of refugees bing able to return to their country of origin has trended downward, indicating that many refugees will continue to reside in exile for years to come. As a result of observed trends, sub-Saharan Africa is host to the largest number of refugees (4.1 million), followed by Asia and Pacific (3.8 million), Europe (3.5 million), and the Middle East and North Africa (3.0 million). The Americas hosted 753,000 refugees at mid-2015. (unhcr.org/556725e69.pdf)

In this report the Syrian Arab Republic remained the largest source country of refugees, with a refugee population of 4.2 million by mid-2015. This figure has increased dramatically, rising from below 20,000 at the end of 2010. As such, starting in mid-2014, the Syrian Arab Republic replaced Afghanistan as the main source country of refugees worldwide, a rank Afghanistan had previously held for more than three decades. The Syrian refugee population grew by more than 300,000 people during the reporting period. Surrounding countries continue to be impacted heavily by the crisis, with the number of registered Syrians in Turkey (1.8 million),
Lebanon (1.2 million), Jordan (628,800), Iraq (251,300), and Egypt (131,900) remaining high. Outside the immediate region, Germany was hosting 66,000 Syrian refugees at mid-2015, up from 41,000 six months earlier.

The Afghan refugee population remained relatively stable at about 2.6 million. The process to renew Proof of Registration cards for Afghans in Pakistan ended in March 2015. This exercise led to a net increase in the number of Afghan refugees recorded of about 80,000 persons, including some 10,000 new-borns, though this was partly offset by the voluntary return of some 46,000 Afghan refugees from Pakistan and the Islamic Republic of Iran. Both countries continued to host the majority of Afghan refugees, with 1.5 million and 951,000 persons, respectively. As such, Afghanistan remained the second-largest source country for refugees.

Somalia was the third-largest source country of refugees worldwide and the largest in sub-Saharan Africa, with the number of Somali refugees remaining stable at 1.1 million. Kenya (418,900), Yemen (249,000), and Ethiopia (247,300) were the main host countries of these refugees.

The ongoing conflict in South Sudan forced tens of thousands of individuals to flee to neighboring countries during the first half of the year. As a result, the estimated number of South Sudanese refugees grew from 616,200 at the beginning of 2015 to 744,100 at the end of June 2015. This made South Sudan the fourth-largest source country of refugees worldwide. Ethiopia (275,400), Sudan (190,700), and Uganda (179,600) were hosting the largest populations of South Sudanese refugees this report says.

The number of Sudanese refugees dropped from 665,900 at the beginning of the year to 640,900 at mid-2015, making this the fifth-largest source country of refugees at mid-2015. This decline is largely due to a biometric verification exercise undertaken in Chad, where records of many refugees have either been closed or deactivated, assuming these refugees had left Chad. Other important source countries of refugees included the Democratic Republic of the Congo (535,300), the Central African Republic (470,600), Myanmar (458,400), Eritrea (383,900), and Iraq (377,700).

By Country of Asylum

By mid-2015, refugees resided in 169 countries or territories. Sudan now features among the top 10 refugee-hosting countries, having replaced China. This is largely due to the conflict in South Sudan, which forced tens of thousands to flee to Sudan, as outlined above. With this inclusion, half of the top 10 refugee-hosting countries are now located in sub-Saharan Africa, with four of them being least developed countries.
With 1.84 million refugees in its territory, Turkey remained the country hosting the largest number of refugees at mid-2015. This is a significant turnaround, as until 2012, Turkey did not feature among even the top 20 refugee-hosting countries. At the end of the reporting period, Syrians accounted for 1.81 million or 98 per cent of all registered refugees in the country, most of them located in urban agglomerations. In addition, the number of Iraqi refugees registered with UNHCR in Turkey stood at 20,600.
Pakistan hosted the second-largest number of refugees worldwide with 1.5 million individuals, virtually all of them from Afghanistan. The renewal of some 80,000 Proof of Registration cards for Afghan refugees was partly offset by the voluntary return of around 44,700 Afghans from Pakistan to their country.

Lebanon remained the third-largest refugee hosting country, with 1.2 million refugees under UNHCR’s mandate. As in Turkey, the overwhelming majority (99%) of refugees in Lebanon originated from the Syrian Arab Republic. This was in addition to 7,300 Iraqi refugees.
The number of refugees in the Islamic Republic of Iran remained virtually unchanged from the beginning of 2015, at 982,000 at mid-year. This figure included 951,000 Afghan refugees and 28,300 Iraqi refugees. As such, the Islamic Republic of Iran remained the fourth-largest refugee-hosting country worldwide.

The refugee population in Ethiopia continued to grow in 2015, reaching 702,500 by mid-year. This compares to 659,500 six months earlier and is the result of an influx of South Sudanese and Eritrean refugees, among others. Ethiopia remained the fifth-largest refugee-hosting country worldwide, with the largest such populations originating from South Sudan (275,400), Somalia (247,300), Eritrea (139,300), and Sudan (36,500).
The number of refugees in Jordan under  UNHCR’s mandate increased by about 10,000 persons to 664,100 at mid-year, most of whom originated from the Syrian Arab Republic. The refugee population in Kenya remained virtually unchanged at 552,300. As such, Jordan and Kenya remained the sixth- and seventh-largest refugee-hosting countries, respectively.
With renewed conflicts in the eastern Democratic Republic of the Congo and South Sudan, tens of thousands of individuals fled these two countries to Uganda during the first part of the year. As a consequence, Uganda hosted a new all-time high for the country of 428,400 refugees.

More than 839,000 persons were newly displaced across international borders during the first half of 2015, the overwhelming majority of whom found refuge in neighbouring countries or elsewhere in the immediate region. This figure refers to refugees who have been recognized on a prima facie basis as well as those who have been newly registered and granted temporary protection. An additional 221,000 persons were granted refugee status or a complementary form of protection following refugee status determination during the reporting period.

Armed conflict in both the Syrian Arab  Republic and Ukraine predominantly accounted for this new displacement, as half of the 839,000 persons originated from one of these two countries. While more than 318,000 Syrians were newly registered during the first half of 2015, mostly in neighbouring countries, more than 97,000 Ukrainians were granted temporary protection in the Russian Federation.

Excluding the Syrian Arab Republic and Ukraine, the vast majority of newly displaced persons originated from countries in sub-Saharan Africa. The outbreak of violence in Burundi combined with renewed and ongoing fighting in the Central African Republic, South Sudan, Nigeria, and the eastern part of the Democratic Republic of the Congo have contributed most significantly to the high level of new displacement during the first half of the year.

More than 140,400 Burundians were recognized as refugees on a prima facie basis during the reporting period, notably in the United Republic of Tanzania (69,400), Rwanda (58,700), and the Democratic Republic of the Congo (11,700). Similarly, an estimated 118,800 South Sudanese sought refuge in neighbouring countries during the first half of 2015, mainly in Sudan (72,500), Ethiopia (23,800), and Uganda (17,500). Other countries in sub-Saharan Africa affected by armed conflict or violence – and thus source countries of new displacement – during the reporting period included the Central African Republic (56,200), Nigeria (31,200), and Sudan (22,100).
Contributions of Host Countries.

Two main measures – economic and non-economic are used as a proxy to evaluate the contributions of host countries with respect to refugee burden sharing. Using both measures, developing countries appeared to be shouldering a significant proportion of this burden. According to the economic measure, the top 10 countries are all located in developing regions. Similarly, according to the non-economic measure, of the top 10 countries, the first eight are developing nations, while those ranked 9 th and 10 th are industrialized countries. Evaluating the impact of refugees by per capita Gross Domestic Product (GDP) in terms of Purchasing Power Parity (PPP), Ethiopia ranked at the top with 469 refugees per 1 USD. This indicates that Ethiopia is the largest refugee-hosting country in sub-Saharan Africa in both absolute and relative terms. With 322 refugees per 1 USD GDP (PPP) per capita, Pakistan ranked second, followed by Uganda (216), the Democratic Republic of the Congo (208), Chad (193), and Kenya (186).