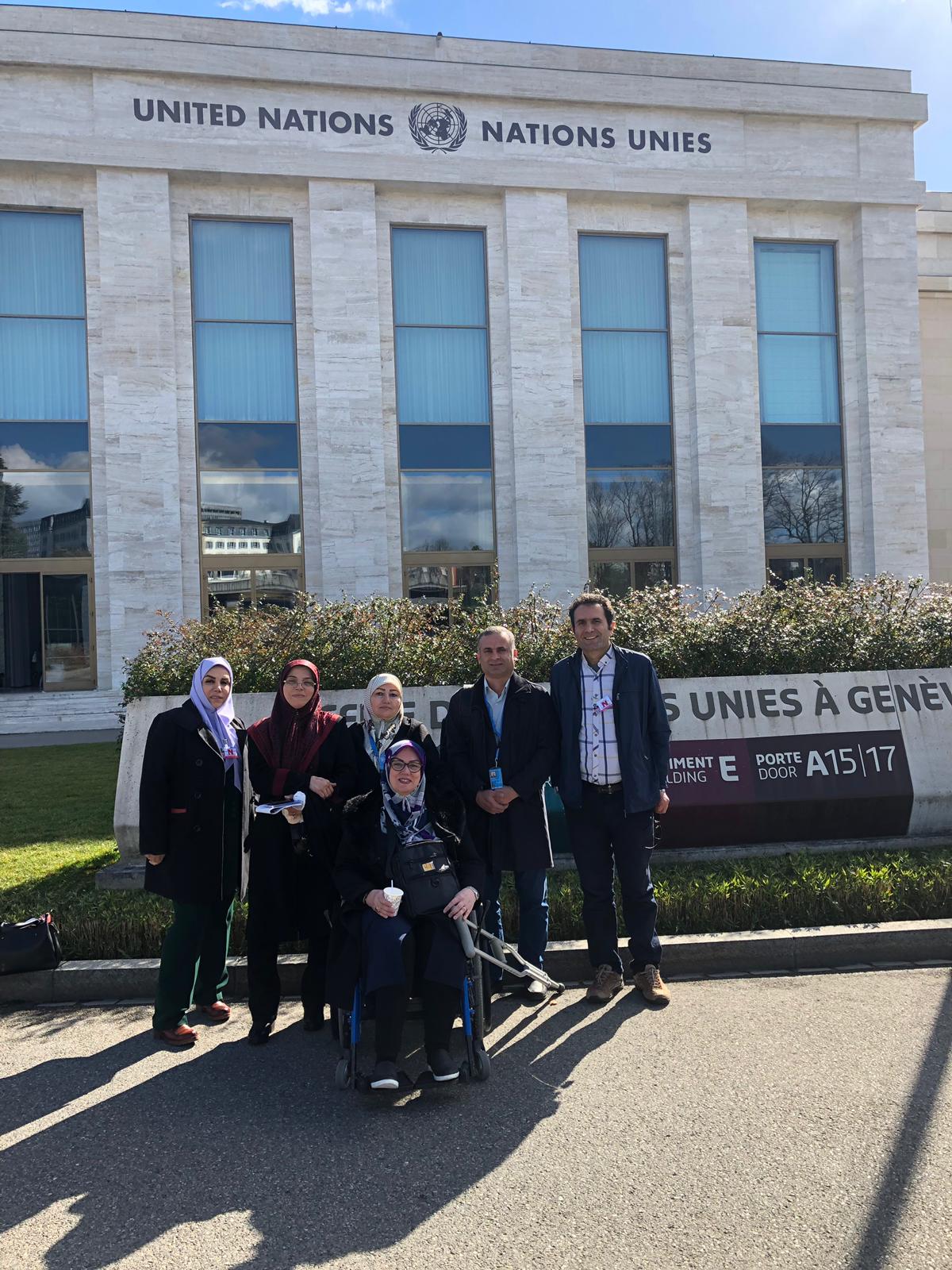 Media section of Association for Defending Victims of Terrorism (ADVTNGO) – A group of the families of victims of terrorism in Iran has attended to 40th session of Human Rights Council of United Nations in Geneva, Switzerland.

Attending the session, Manijeh Safiari, representative of “Children for Children Movement” in Iran said: “by the slogan of “justice for child victims of terrorism”, we want to enhance the protection of children in armed and terrorist conflicts and with the power of children seek to extirpate the extremism and violation.”

Impaired in his childhood by a terrorist attack, Safiari said: “children are the best fact for showing the terrorism and its protectors’ atrocity in front of public opinion.”

She added: “children’s situation in the world, influenced by armed conflicts and terrorism, is severe and critical. Because of it, justice for children is important. We warn that the future and health of this generation is in danger.”

Mrs. Haghpanahi, impaired by terrorist attack, entering the meeting, said: “we believe that terrorism is a strategy and have no relation to any religion. Outsourcing of military aims has resulted in spreading of extremism and this representative mission is a threat to global security and peace. Annual report of UNICEF says that, 2018 was a harsh year for children and there were crimes against children.”

40th session of Human Rights Council of United Nations in Geneva started from 25 Feb and ends in 22 March 2019.

Tags: Iran in 40th session of human rightsNegotiationsNegotiations of Victims of terrorism