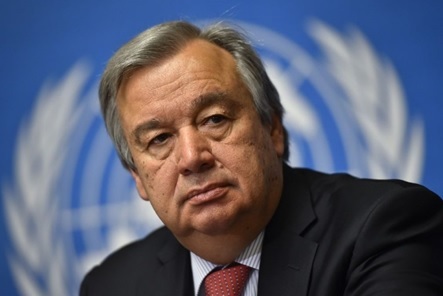 This first observance of the International Day of Multilateralism and Diplomacy for Peace underscores the value of international cooperation for the common good. For nearly 75 years, the multilateral arrangements established after the Second World War have saved lives, expanded economic and social progress, upheld human rights and, not least, helped to prevent a third descent into global conflagration. From the articulation of international law to the advancement of gender equality, from protecting the environment to limiting the proliferation of lethal weapons and deadly disease, multilateralism and diplomacy have a proven record of service to people everywhere.

But such cooperation cannot be taken for granted. This new International Day falls at a time when multilateral efforts are under pressure from unresolved conflicts, runaway climate change, widening inequalities and other threats. New technologies are creating diverse opportunities but also the potential for disruptions to job markets, social cohesion and the enjoyment of our rights. We are living with a paradox: global challenges are more connected, but our responses are growing more fragmented. We are seeing an increasing deficit of trust in governments, political establishments and international organizations, and the rising appeal of nationalist and populist voices that demonize and divide. This is very dangerous in the face of today’s challenges, for which collective action is essential.

In this difficult context, we need to recall the urgency felt by the founders of the United Nations and reinvigorate the Organization’s tools. The principles of working together endure, but the specifics must take account of our rapidly changing world. We need stronger commitment to a rules-based order, with an effective United Nations at its centre. We need a networked multilateralism, with close cooperation among international and regional organizations, including development banks. And since governments and international organizations cannot do it alone, we need an inclusive multilateralism, rooted in partnerships with the business community, civil society, parliaments, the academic and philanthropic communities and other stakeholders, in particular young people.

But it is not enough to proclaim the virtue of multilateralism; we must prove its added value. Nor is it acceptable to dismiss the doubters; we must show that multilateralism can respond to global anxieties and deliver a fair globalization that lifts all.

The United Nations Charter points the way, with its vision of people and countries living as good neighbours, defending universal values and recognizing our common future. Strengthening multilateralism means strengthening our commitment to achieving the Sustainable Development Goals and building a safer, more just world for future generations. That commitment is needed now more than ever – from the United Nations and from leaders and citizens everywhere.