“Who sow the wind shall reap the whirlwind” has unveiled 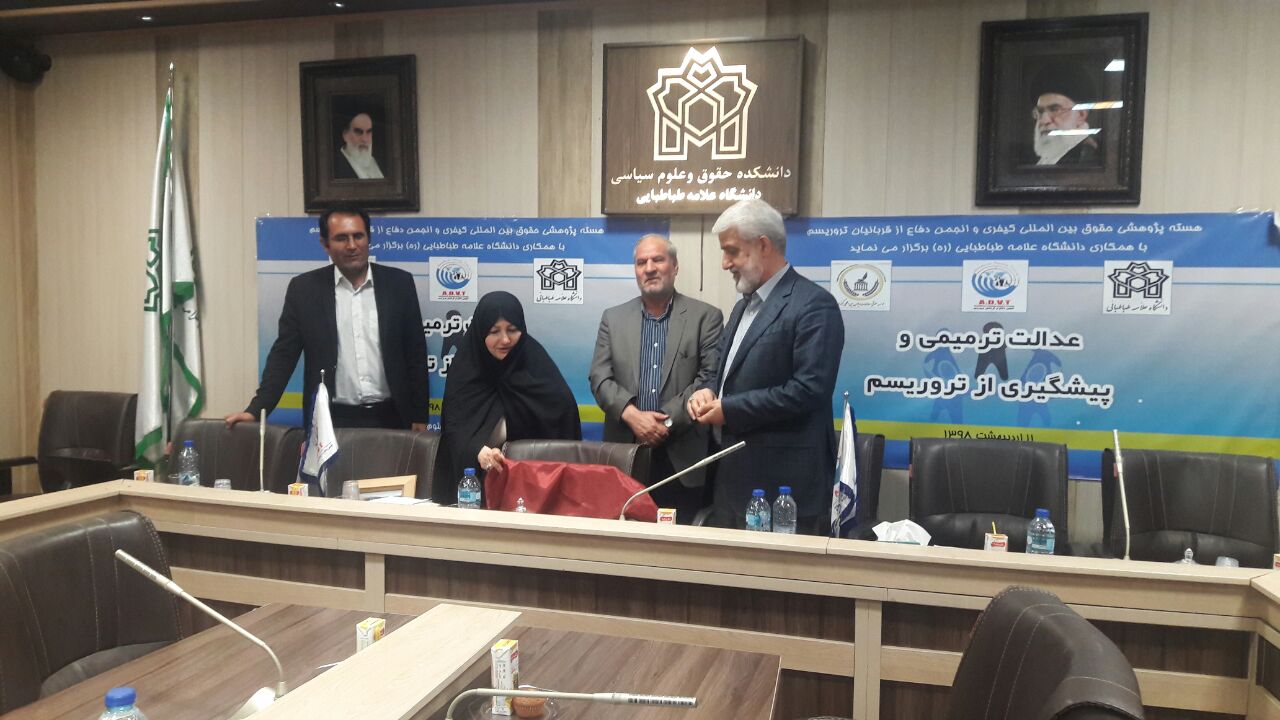 Media outlet of the Association for Defending Victims of Terrorism reports that, in the “Restorative Justice and preventing terrorism” session in University of Allameh Tabatabaie, Persian translation of the book “who sow the wind shall reap the whirlwind”, by the german writer who describes the intervention of west in the middle-east, been unveiled by the participation of Mohammad Javad Heshmati, judicial deputy of the Iran’s attorney general, HeibatoAllah Najandimanesh, professor in the Allameh Tabatabaie University, other university professors and human rights activists and families of the victims of terrorism and the members of the Association.

Qasem Zamani, head of the international law department in Allameh Tabatabaie university writes in the introduction: “ the book … is an accurate work of a western scholar who has been written scientific and unbiased. The writer tries to investigate on the western, especially US and British, intervention in the MidEast region, and especially in Iran. This book is a best proof of the US’ effort toward the Americanization of the international law with cooperation of its allies and by the intervention in the countries in the MidEast region … this book is a precise narrative about the background of the terrorism in the MidEast and artful analyses in this book disguise carefully the process of integration between terrorist groups and creation of the terrorist organizations by the management of the global governing system to gain its imperialist goals and manipulating the democracy and the right of self-determination and civil society.”

This book describes the back of terrorist violences and wars in the MidEast and the writer deals precisely and honestly with the role of powerful western countries. Writer asserts that the west has created and empowered the terrorist groups to gain its interests.

In part of this book we read: “this global order is for whom benefit from it. The people of Gaza or Baghdad, Afghanistan or Libya have no opportunity to see the death of American gods. And international police tries to create new enemies. Alqaeda and Daesh are deserved to be called “made in US””.

The Association for Defending Victims of Terrorism as a civil organization comprised of the families of martyrs and victims of terrorism in Iran, tries to extirpate extremism, violence and Takfir by cultural approach. Enhancing the public awareness about the terrorism and its evil effects by spreading voice of victims of terrorism will weaken the base of this evil in the society.

Hope that this translation and publishing of it by the Association for Defending Victims of Terrorism leads to informing the public opinion about the true nature of the terrorist groups as a tool for the global governing system.

Tags: “Who sow the wind shall reap the whirlwind” has unveiled