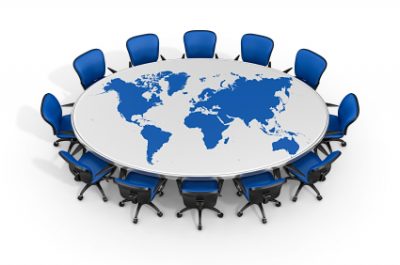 In 24 April 2019, the first conference on the international day of multilateralism and diplomacy for peace held in UN General Assembly.

UN Secretary-General António Guterres said in his message for the International Day of Multilateralism and Diplomacy for Peace thatl:

In this difficult context, we need to recall the urgency felt by the founders of the United Nations and reinvigorate the Organization’s tools … And since Governments and international organizations cannot do it alone, we need an inclusive multilateralism … Strengthening multilateralism means strengthening our commitment to achieving the Sustainable Development Goals and building a safer, more just world for future generations.

Terrorism persists; it does not respect any borders or nationalities, or age, or faith. Nothing justifies terrorism. multilateralism is not only the most efficient way; it is the only possible way

no country, no matter how powerful, can solve, by itself, the challenges that we are facing.

Federica Mogherini, High Representative/Vice-President of the EU said in his message that:

We are experiencing times of global opportunities and challenges. The progress of technology, science and connectivity opens new horizons, and at the same time, food insecurity, climate change, environmental degradations, complex local and regional conflicts are extending, and fundamental human rights are increasingly being violated in too many places in the world. These global issues can be tackled only with effective global solutions as no country can cope on its own.

Mari Skåre , Norway’s ambassador at the UN, asserted that collective action is the only solution for global challenges and said that:

We need a strong UN! We need a UN fit for purpose! For this reason, Norway strongly supports UN reform.

last month, foreign ministers of France and Germany announced in the joint conference that this two countries seek to establish “Alliance of Multilateralism”, in next September, at the United Nations General Assembly.

“Whoever wants to join us can join us — It is against nobody,” said Heiko Mass.

Donald Trump’s approach toward international organizations and practices has invoked efforts among the states to counter it based on multilateralism and to save the world from the danger of spreading the anarchy and global terrorism.