Home News António Guterres: There is no room for hate speech 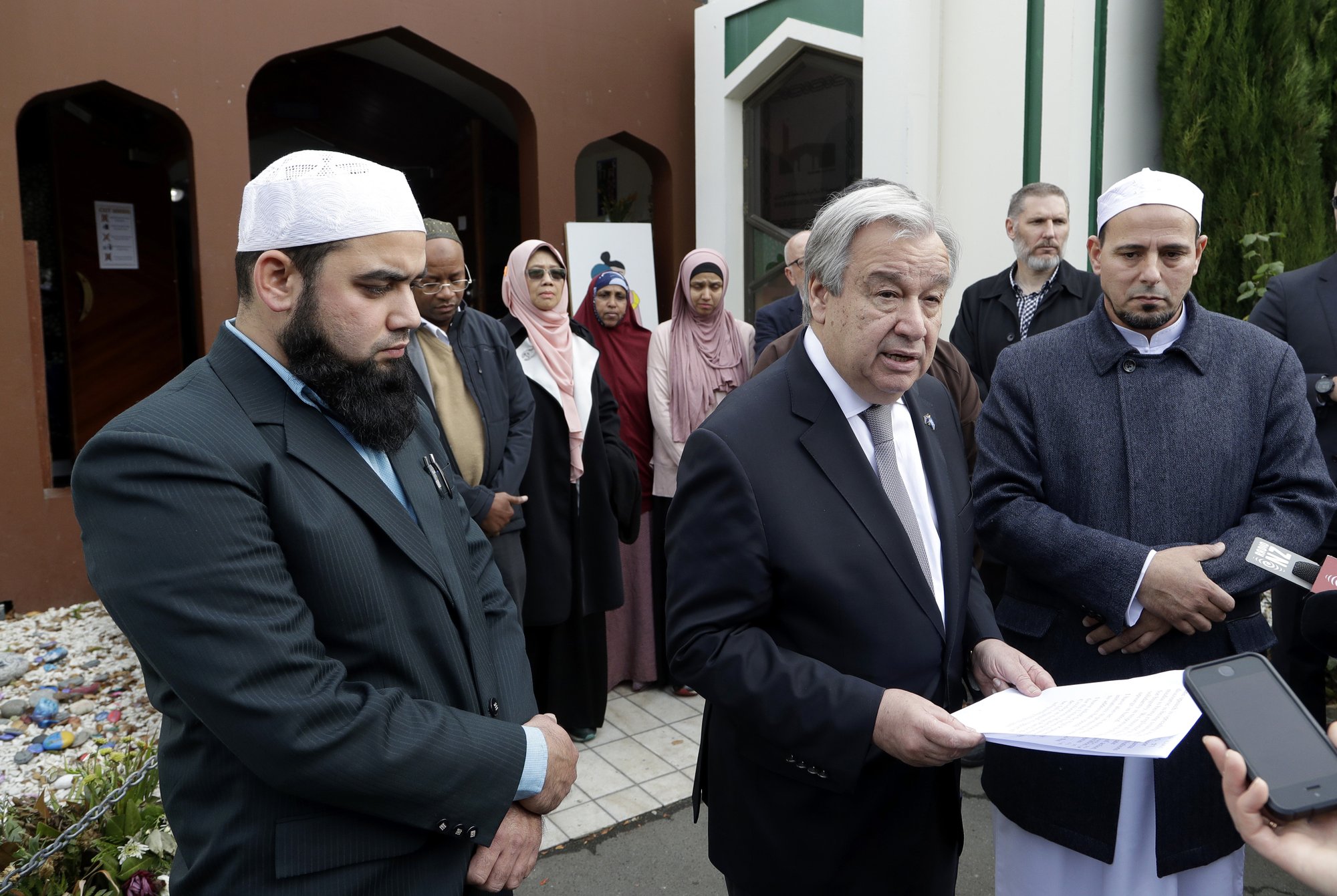 António Guterres: There is no room for hate speech

UN Secretary General talking to Christchurch Muslim community: The United Nations is with you. I am with you

UN website reported in ,13 May 2019, that António Guterres went to Linwood Mosque and Al Noor mosque in his trip to New Zealand and paid his respect to the victims of terrorist attacks in those mosques.

Mr. Guterres told the Muslim community that while there were no words to relieve the hurt and sorrow and pain, “I wanted to come here personally to transmit love, support and total and complete admiration.”

Furthermore, UN Secretary General said about muslim community reaction toward the terrorist attacks: “But in many ways, I was not surprised. This community reflected a spirit that I have always known to be deeply embedded in Islam – a faith of love, compassion, forgiveness and mercy,”

He cited some part of Quran and said: “We must stand together in this period of difficulties. Hate speech is spreading and public discourse is being coarsened. Social media is being exploited as a platform for bigotry. We must all show solidarity in response to this dangerous upsurge in hatred.” He added: “Hate speech is spreading like wildfire in social media. We must extinguish it. There is no room for hate speech – online or offline.”

Thanking the Christchurch Muslim community, Mr. Guterres said: “In these trying times, I am here to say with a full heart: You are not alone. The world is with you. The United Nations is with you. I am with you.”

Tags: António Guterres: There is no room for hate speech