Home News Foreign Policy: George Bush Decided to use MKO as a tool for his goals in MidEast 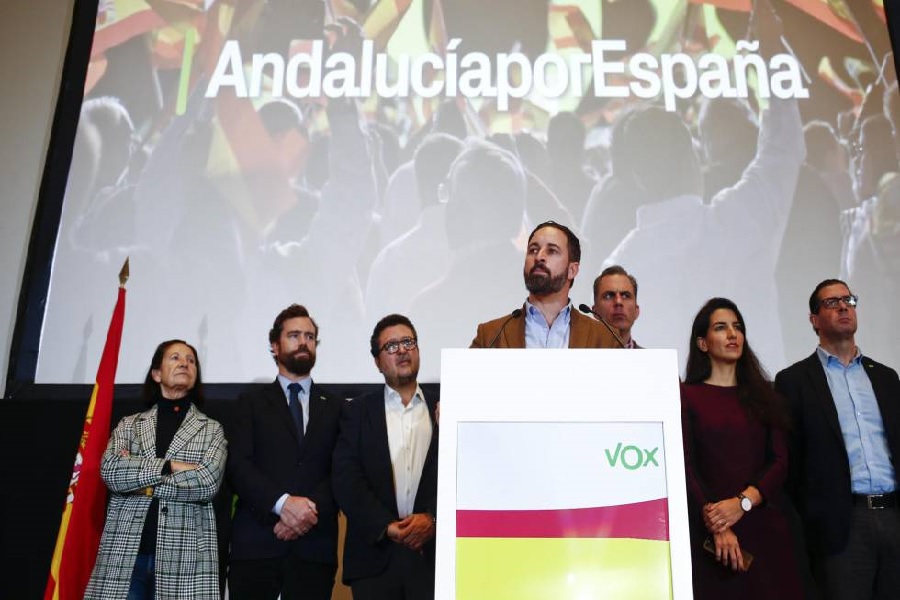 Foreign Policy: George Bush Decided to use MKO as a tool for his goals in MidEast

Foreign Policy has published a report about the financial relation between MKO terrorist group and the VOX, Spanish far-right party.

Foreign Policy reported, The upstart far-right party is unapologetically Islamophobic, but without donations from Iranian exiles, it may have never gotten off the ground.

Given Vox’s staunch Islamophobia, it was an embarrassment for the party when reports of Iranian funding emerged in January.

Vox’s racist policies had already provided plenty of ammunition for its critics and rival parties; the claims that Vox had been established with the help of Iranian money in 2013 was less expected.

Documents leaked to the Spanish newspaper El País show that almost 1 million euros donated to Vox between its founding in December 2013 and the European Parliament elections in May 2014 came via supporters of the National Council of Resistance of Iran (NCRI), an MKO affiliate.

The donations came from dozens of individual sources, From the day it was founded in December 2013, from several countries including the United States, Germany, Switzerland, Canada, and Italy in amounts ranging from 60 to 35,000 euros, totaling almost 972,000 euros, in the period from December 2013 to April 2014, shortly before the European parliamentary elections.

Vidal-Quadras was who has accepted the donations.

The report continues about the history of the terrorist group and its relation with Israel in fields like the assassination of Iranian Nuclear Scientists and says that this group is a tool for other states as the US and takes comments from former MKO members, Massoud Khodabandeh and Hassan Heyrani, to tell that Saudi Arabia is the funding source of MKO.

The report says about the relation of MKO with the US in the time of the occupation of Iraq that:

Despite the MKO’s metamorphosis from an opposition group to designated terrorist organization, hawks in the George W. Bush administration decided that they could use the MKO in their redrawing of the Middle East. Instead of apprehending members of the group as terrorists, during the occupation the U.S. Army was instructed to defend the MKO’s base from possible attacks by Iraqi forces, various Iraqi militias, or forces loyal to the Iranian government. The MKO quickly seized on Washington’s change of heart. The organization started an intense lobbying campaign to have itself removed from terrorist lists in the United States and European Union. A vast and impressive range of current and former U.S. politicians and officials ended up being linked to this effort, from Giuliani and Bolton on the right to Democratic Sen. Bob Menendez and former Democratic National Committee chairman Howard Dean on the left. In Europe, the list included Alejo Vidal-Quadras, a now-retired Spanish politician, who previously served as one of the 14 vice presidents in the EU Parliament. The MKO was finally delisted by the U.S. government in 2012 and by the EU in 2009.

In the other part of report we read about the funding sources of MKO that:

“Mojahedin [MKO] are the tool, not the funders. They aren’t that big. They facilitate,” said Massoud Khodabandeh, who once served in the MKO’s security department; Khodabandeh defected in 1996, a year before the MKO was designated by the U.S. State Department as a terrorist organization. “You look at it and say, ‘Oh, Mojahedin are funding [Vox].’ No, they are not. The ones that are funding that party are funding Mojahedin as well.”

And the report summarized about the funding sources of MKO:

There is evidence that Gulf leaders, fearful of Iranian influence and Islamist movements at home, are warming to anti-Islam parties in Europe, as Ola Salem and Hassan Hassan have argued in Foreign Policy. Khodabandeh agreed. “It’s all over Europe,” he said. “Far-right, anti-EU parties have support that comes from lots of places. … There is outside backing. This backing is the same as [those backing] MKO.”

Experts in the United States have reached similar conclusions about the source of the MKO’s funds. “Group supporters claimed the money came from the contributions of ordinary Iranians in exile, but the sums seemed far too great,” wrote Benjamin, the former State Department counterterrorism official, who added that some believed Arab governments of the Persian Gulf to be behind the MKO “lucre,” as he put it.

The full text of this report is here.

Tags: Foreign Policy: George Bush Decided to use MKO as a tool for his goals in MidEast