Home News John Limbert : the US officials have not learnt from history 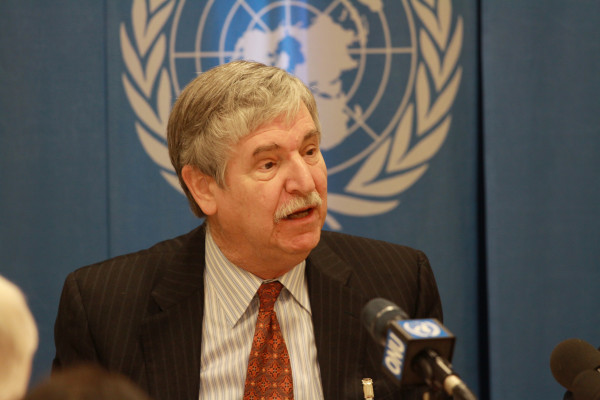 John Limbert : the US officials have not learnt from history

Based on a report by The American Conservative, John Limbert,in his article that published in 5 June in Prospect.org, called attention to John Bolton’s relationship with the deranged cult, the Mujahideen-e Khalq (MKO) and said: “I recently spoke about the group and its influence to a highly educated audience in Washington—graduates of three of the world’s best universities. Most of the Americans present were unaware of the MEK and its payments to the bellicose national security adviser. All of the Iranian Americans at the meeting, however, knew the group well and detested it. They knew its murderous history in Iran.”

Former American diplomat writes about the pays of that organization that:” he MEK pays its speakers generously. Figures range from $25,000 to 50,000 and sometimes more. Since Bolton, by his own admission, has been speaking for the group for at least ten years, he has made serious money—around $180,000 by one estimate”

He believes that US statemen  have not learnt from Vietnam and Iraq experiences and criticized the current US diplomacy toward Iran and writes:  “Our secretary of state seems to care nothing for history. He shows no knowledge of or interest in what has led to today’s U.S.-Iran impasse, which could now escalate into open warfare through misreading the other side’s actions. Nor is there any sense that diplomacy can achieve what 40 years of chest-beating has not. There is no talk of “open doors,” mutual interest, or win-win outcomes. The only thing offered to Iranians is surrender.”

He added: “one cannot accuse National Security Adviser John Bolton of having no goal with Iran. His goal is clear: the downfall of the Islamic Republic, by war if necessary, and its replacement by his paymasters, the bizarre cultists of the Mujahedin-e-Khalq organization”

He is fluent in Farsi –persian language- and has written the book by the tiltles of  “Iran: At War with History (1987),”Shiraz in the Age of Hafez (2004), and, “Negotiating with Iran: Wrestling the Ghosts of History ( 2009)” about Iran, asserts that:” By all reports, much of Iran’s population—whatever its view of the Islamic Republic—shares this deep hatred of the MEK. Most Iranians are not deceived by its claims of being democratic. They know its history.”

John Limbert, former deputy of  US secretary of state in Iran Issues, rejects war on Iran an writes: “We should reject the self-serving assumption that military action against Iran will be easy and without cost. It will be neither.”

John Limbert recently retired as distinguished professor of international affairs at the U.S. Naval Academy in Annapolis, Maryland. During a 34-year career in the U.S. Foreign Service, he served as deputy assistant secretary of state for Iran from 2009 to 2010, and as ambassador to Mauritania between 2000 and 2003. From 1979 to 1981, Limbert was among 52 Americans held hostage after the seizure of the U.S. embassy in Tehran