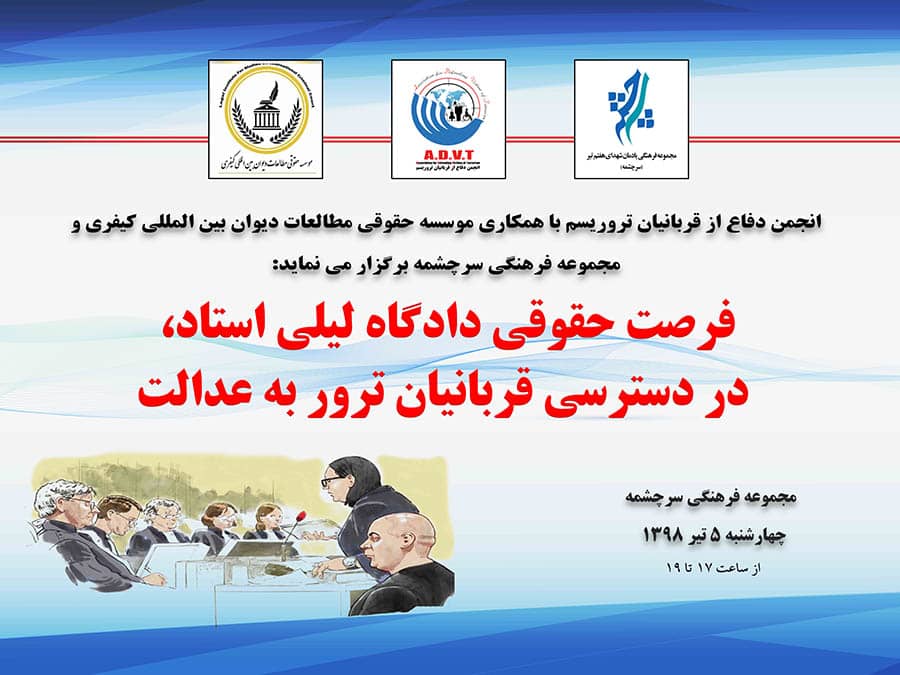 Association for Defending Victims of Terrorism Public Relations – The expert meeting “Legal Opportunity of Lelystad Court in Accessing to Justice for the Victims of Terrorism” was held in cooperation with Legal Institute of International Criminal Court Studies attended by members of parliament, legal figures, diplomatic officials, and families of the martyrs in Sarcheshmeh Cultural Complex on 26 June 2019.

In the meeting, professors, lawyers, judges, and human rights activists discussed and analyzed how the victims of terrorism can have access to justice in Ali Motamed’s court in the city of Lelystad.

Furthermore, the experts, lawyers, and human rights activist considered the suspension of human rights in the Lelystad court as a fundamental problem in the trial and requested for lawsuit to draw the attention of the Dutch judicial authorities. The legal foundations and the recommended approaches of this meeting will be codified in a statement and will be sent to the judicial authorities and the respective courts of the Netherlands.

At the same time with the meeting, Association for Defending Victims of Terrorism held “Who is Ali Motamed” photo exhibition to clarify the dimensions of the incident and recognition of the main convict of the disaster. It will continue until Friday 29 June 2019.