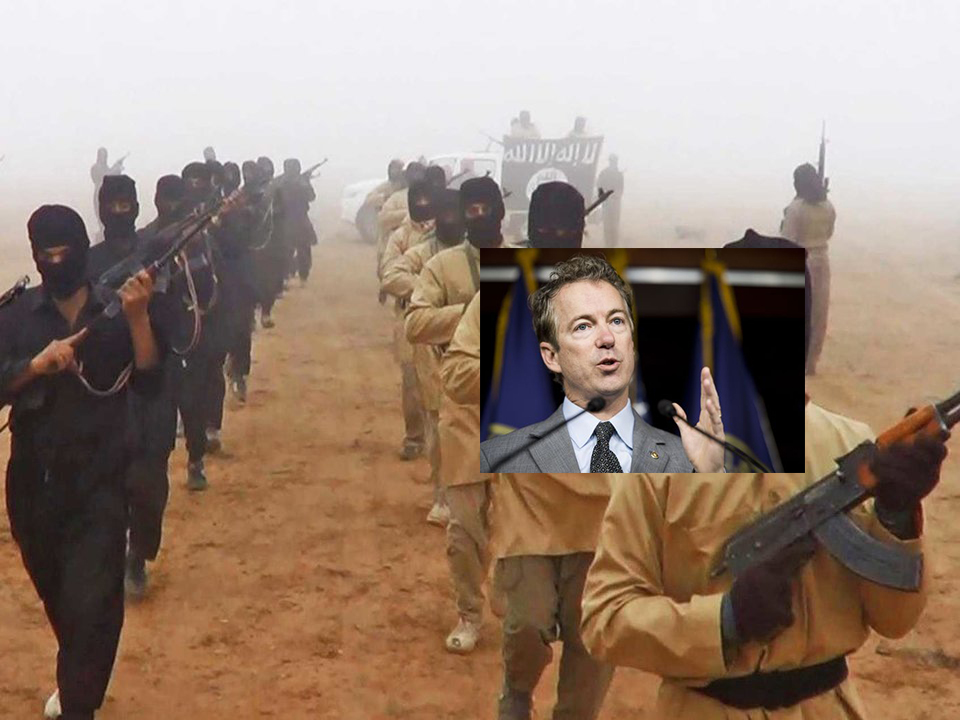 Rand Paul: Senators must continue the fight against selling arms to Saudi Arabia

One would think it would be an easy choice to not sell our weapons to such a country, but like every push for positive change in Washington, getting Congress to take a stand on this issue has been a hard-fought battle.

Recently, we gained a major victory, when more than 50 senators voted to pass 22 joint resolutions of disapproval to block over $8 billion in American weapons and support primarily going to Saudi Arabia and the United Arab Emirates.

Only a few years ago, the odds of such a win seemed long, as just 27 senators voted to stop an arms sale to the Saudis when I and a bipartisan group of senators forced a vote in the Senate in 2016. Yet we kept pushing. When we took another stand in 2017, our numbers skyrocketed to 47 senators.

The Senate has now even voted multiple times to end U.S. support for the catastrophic war in Yemen, with the House of Representatives finally joining us earlier this year.

While we do not yet have veto-proof numbers to stop the arms sales, we will once again keep pushing until we get there.

How Saudi Arabia is using our weapons

Just a day before the votes, a United Nations investigator released a report concluding that journalist Jamal Khashoggi was “the victim of a deliberate, premeditated execution, an extrajudicial killing for which the state of Saudi Arabia is responsible under international human rights law.”

CNN reported earlier this year that our weapons have flowed from Saudi Arabia and its allies to our enemies.

What else are they doing with our weapons? Bombing civilians and school kids in Yemen.

Saudi justice: One of my clients is dead. Another is living, but he could be next

Add this to their financial support to spread radicalism that teaches hatred against the West, as well as Hillary Clinton’s own admission that “the governments of Qatar and Saudi Arabia … are providing clandestine financial and logistic support to (the Islamic State) and other radical Sunni groups in the region.”

In an alarming development, we’ve heard reports of the United States seeking to boost the Saudis’ nuclear power capabilities, which is courting unintended consequences and escalation in the region.

In a report last year, Human Rights Watch revealed that the kingdom “is detaining thousands of people for more than six months, in some cases for over a decade, without referring them to courts for criminal proceedings.”

The truth is not complicated. Saudi Arabia will not change course as long as we keep the weapons flowing. Why should they?

Yes, this vote. Yes, this time.

If not now, when?

For the Washington establishment, the answer is simple: never. For the warmongers who see the whole world as something to be reshaped in their image, we can never bring the troops home or stop propping up extremists if we feel they serve our ends.

We don’t need your virtue signalling: I’m Muslim but don’t wear a headscarf. Stop using hijabs as a tool for ‘solidarity.’

They’ve left nothing but failure, death and destruction in their wake, yet their appetite for more remains seemingly insatiable.

Look at the photos of the dying, the wounded and the starving in Yemen — the parents holding their emaciated children — and tell me Saudi Arabia is a nation that deserves our support. Your support.

I agree with and support President Donald Trump on many issues, and I have vigorously defended him against the outrageous assaults he faces on a daily basis. But I disagree that selling arms to Saudi Arabia strengthens our national security, and I urge him to do here what he has boldly done in so many other areas: Reject the failed policies of the past.

We simply cannot profess to want Middle East peace on one hand and fuel a deadly arms race in the region on the other.

It’s time to say “no more,” and our momentum to do just that took a major leap forward last month.