My father, Dr. Seyed Reza Paknejad and my uncle, Dr. Seyed Mohammad Paknejad were martyred in the Hafte Tir bombing in Tehran in 1981. 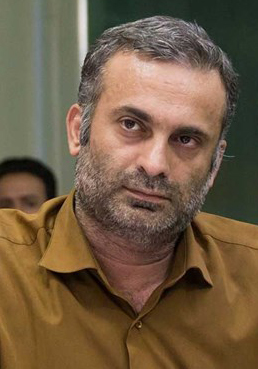 International Section – Association for Defending Victims of Terrorism (ADVT) had an interview with son of one of the martyrs of Hafte Tir disaster in the Almere graveyard near the grave of the terrorist offender. The interview is as follows: 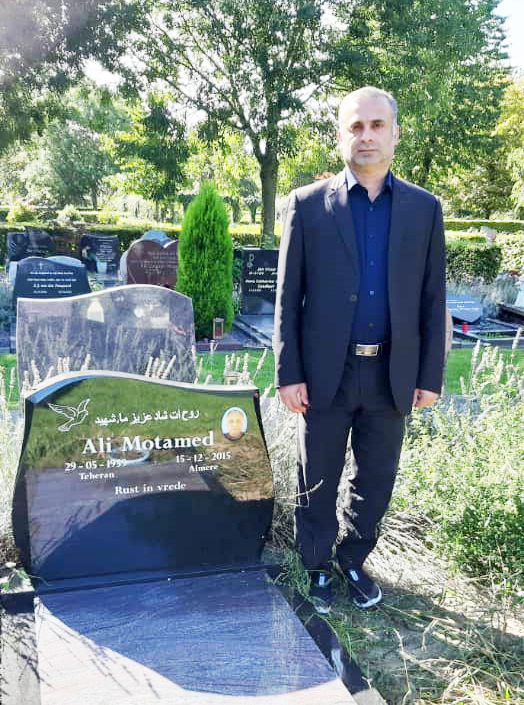 You are standing near a grave. Whose grave is it and how are you related to it?

This is the tomb of Mohammad Reza Kolahi, the offender of the Hafte Tir crime in 1981 in Tehran. He was also responsible for the sound systems and arrangements of Jomhouri Party in Tehran. He installed a strong bomb in the meeting room at the night of the incident and it killed several elites of Iran. Then he escaped and lived secretly in Iraq and Europe for many years. However, he is buried with a pseudonym today.”

On the tombstone, the terms “martyr and Ali Motamed” have been written. What is the relationship between the terms and Mohammad Reza Kolahi?

It is a good point. This fake name and the title “martyr” on the tombstone are indicative of the fact that terrorism organization is still active and manages the subject. It does not leave alone the terrorist offender in the grave and wants to hide the real identity.

How did you know that he was buried in this place?

In 2015, Dutch media covered the news about the murder of an Iranian refugee named Ali Motamed. After three years, they claimed that the murdered Iranian in the Netherlands is Mohammad Reza Kolahi, the perpetrator of Hafte Tir bombing in Tehran in 1981. 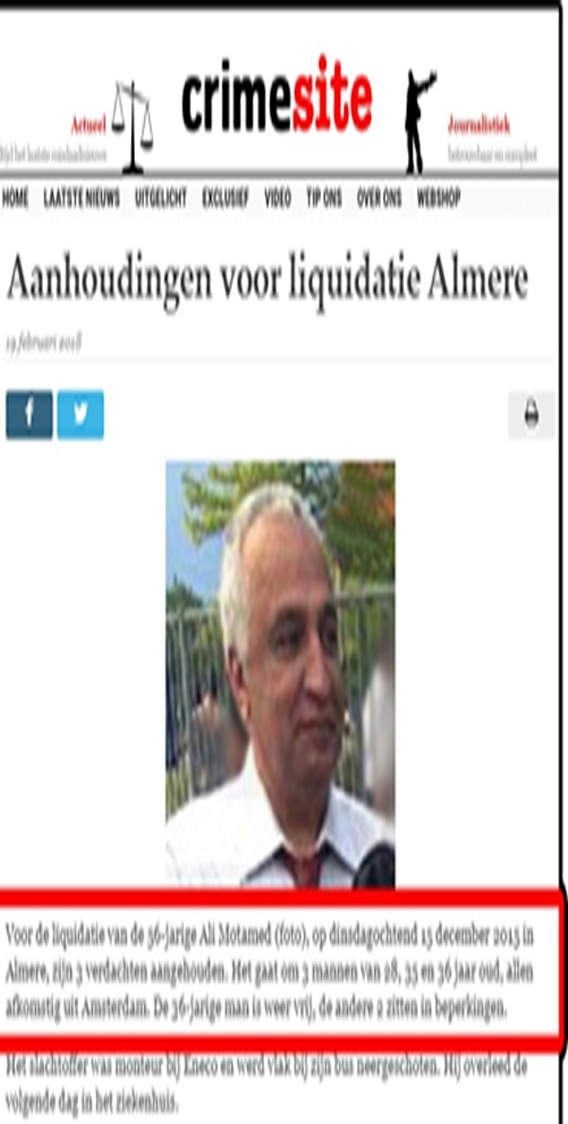 What do you want to do now that he is dead?

ADVT and the families of the martyrs of Hafte Tir requested the Dutch political and judicial officials to provide a space for them to be heard. It is actually paying attention the human rights of the victims of Hafte Tir disaster in 1981.
We believe that this kind of inattention to the human rights of the families of Hafte Tir bombing, is impunity for terrorism and we hope this unethical and anti-human rights procedure is we can correct with the assistance of elites, human rights activists, and media. Because of human rights commitment, the Dutch government should make an effort to compensate for the victims, inform them on the truth and help them have access to justice in the case of the murder of Kolahi, which are recognized rights according to international laws.
But unfortunately, no assistance has been provided so far by the Dutch authorities, even they refuse to apologize for giving an identity to the terrorist offender and sympathize with the families of the martyrs of the catastrophe, and we believe that this kind of inattention to the human rights of families of the martyrs of Hafte Tir bombing is a form of impunity to terrorism and we hope that we can correct this process with the help of the elites, human rights activists and the media.
Surprisingly, lawyer of the culprits was in our side, that we don’t know why the past record of the organizational affiliation of this terrorist was condoned. If it be investigated so the secrets behind the murder and Hafte Tir Terrorist attack will be illuminated.
It seems that the case file in affected by security considerations and not legal basis. Ali Motamed’s case is a clear instance of the relationship of Europe and terrorist acts against Iranian nation. The behavior of the Dutch government and judicial officials may indicate that granting asylum to Motamed was not just a mistake.
We cannot understand the fear of releasing the information on Ali Motamed’s case for the public opinion and the families of martyrs of Hafte Tir bombing. However, in humanitarian laws the issue of human rights is more important than murder of a person and the behavior of the court of the Netherlands in weakening the basis of human rights and it is an enormous disaster for global peace and security.
We hope that the respecting Dutch authorities accept the demand of the families of Hafte Tir bombing and provide an opportunity for the victims to be heard in the court of the murder of Ali Motamed so that we can see a positive process in commemorating justice and human dignity.
At the end, the message of the families of the martyrs of Iran is that this grave is a sample of 35 years of run and living in secrecy with fabricated identity for a terrorist and it can be a an example for any culprit especially friends of Ali Motamed, that this is their end and they should wake up and end to their crimes and come back to society.” 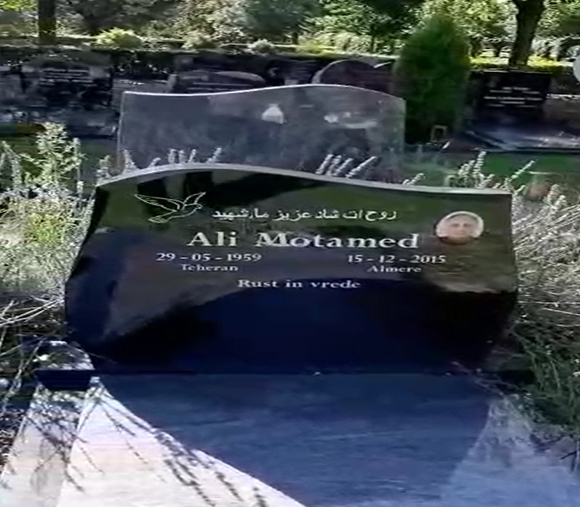