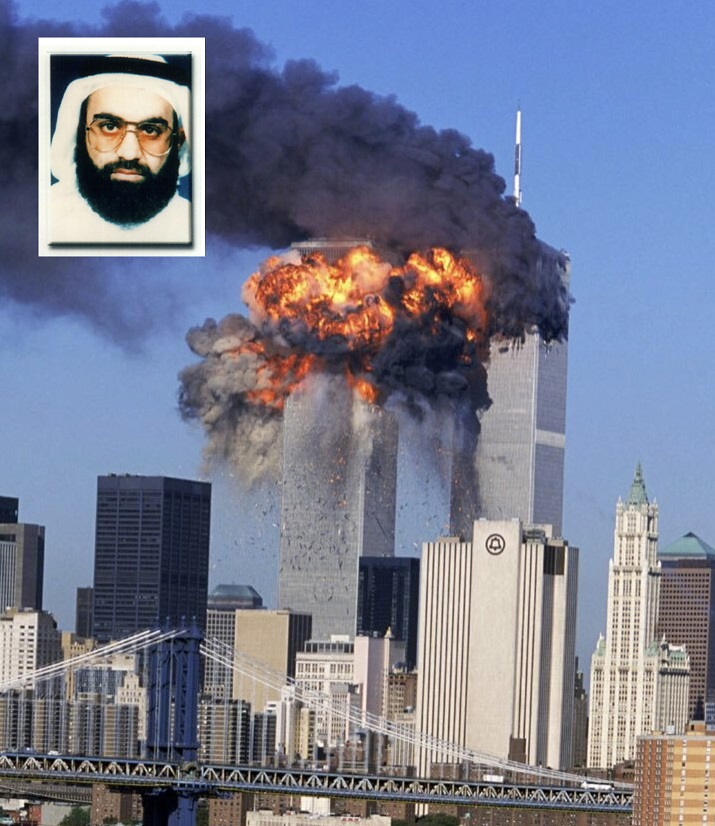 Wall Street Journal reported on July 29, 2019 that, Alleged Sept. 11 mastermind Khalid Sheikh Mohammed has opened the door to helping victims of the terrorist attacks in their lawsuit against Saudi Arabia if the U.S. government spares him the death penalty at a Guantanamo Bay military commission, according to court documents.

Mohammed’s offer was disclosed in a Friday filing in the victims’ federal lawsuit in New York, which accuses the Saudi government of helping coordinate the 2001 suicide attacks. Nearly 3,000 people were killed when terrorists crashed hijacked airliners into the World Trade Center, the Pentagon and, after passengers resisted, a Pennsylvania field.
Mohammed’s lawyer said, however, that “the primary driver” of the decision was the “capital nature of the prosecution” and that “[i]n the absence of a potential death sentence much broader cooperation would be possible,” according to the filing.
“I think [Mohammed] feels ready and willing” to assist the Sept. 11 victims’ lawsuit, “but I think he feels he needs to get through” the death-penalty question first, said the lawyer, Alka Pradhan.
“Even though we’ve been in litigation for 17 years with banks and charities, only when JASTA was passed could we start the case against Saudi Arabia,” Mr. Kreindler said.