Home News Guterres: creating a world without nuclear weapon is my obligation 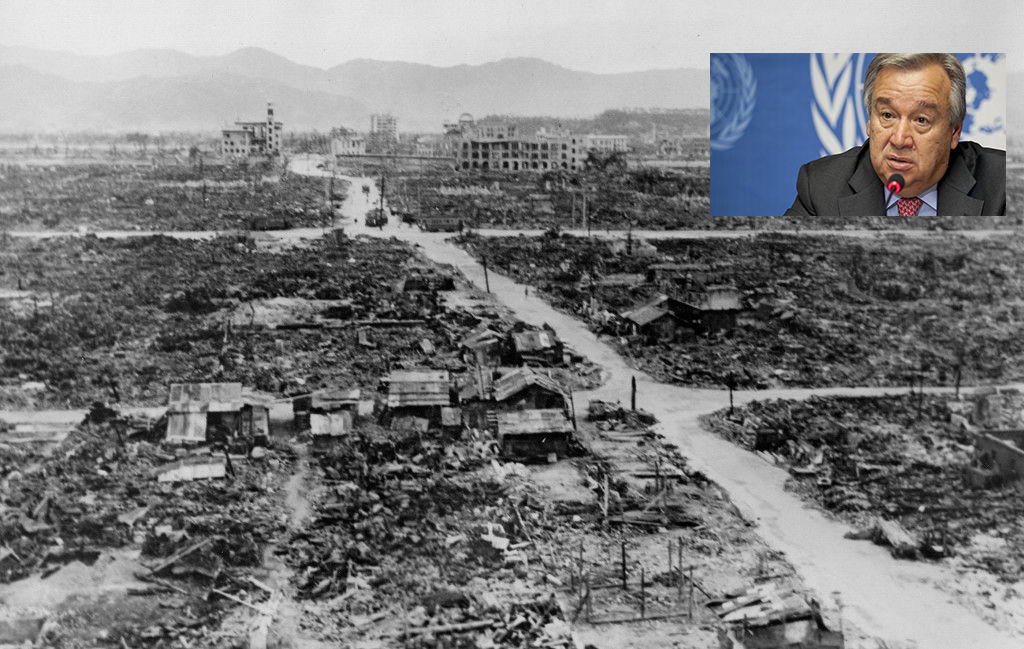 Guterres: creating a world without nuclear weapon is my obligation

UN website reported in 6 August that, António Guterres, UN Secretary-General, send a message in commemorating the US atomic attack on Hiroshima, in 6 August 1945. delivered by Izumi Nakamitsu, High Representative for Disarmament Affairs, to the annual Peace Memorial Ceremony, stressed on the dangers of nuclear weapons on the global peace and security.

Guterres paid homage to the victims of the atomic bombing in Hiroshima — to those who perished in the initial blast and the many whose lives were devastated by its lingering long-term effects, and said: “The reaction to the cataclysmic events of 6 August 1945 was also the beginning of a global push to ensure that nuclear weapons are never used again.  The people of Hiroshima and Nagasaki, led by the hibakusha — those brave survivors — have been at the forefront.  The world is indebted to them for their courage and moral leadership in reminding us all about the human cost of nuclear war.”

He added: “Today, we are sadly witnessing a worsening international security environment.  Tensions between the nuclear-armed States are rising.  The disarmament and arms-control institutions that have made the world a more secure place for decades are being called into question.”

He stressed that  the only guarantee against the use of nuclear weapons is the total elimination of nuclear weapons and urged world leaders to intensify our efforts towards the goal of nuclear arms disarmament indicated in first resolution of the United Nations General Assembly in 1946.