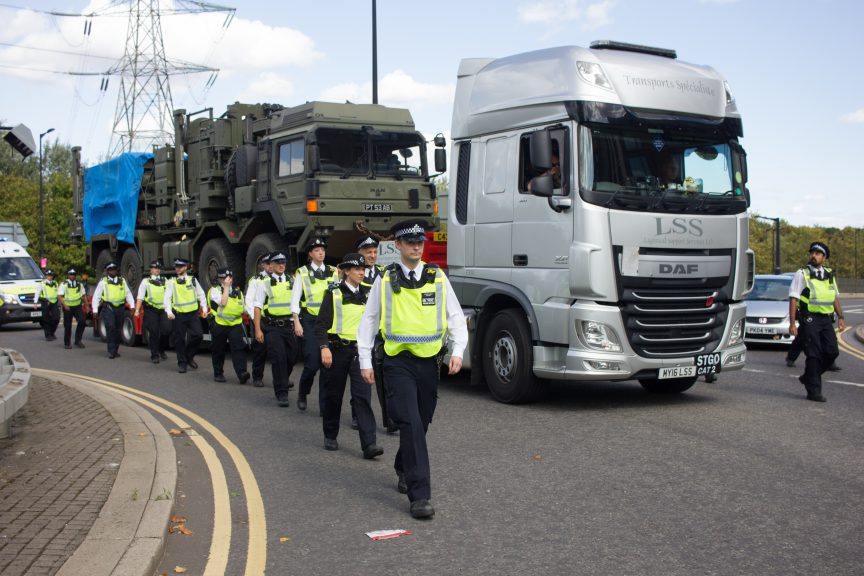 Based on Amnesty International Website on 9 September 2019, this organization has published a report entitled Outsourcing Responsibility, and has focused on the Arms companies failing to address human rights risks

Based on the report, As the world’s biggest arms companies prepare to set up shop at a global arms fair in London, Amnesty International contacted 22 arms companies and asked them to explain how they meet their responsibilities to respect human rights under internationally recognized standards. Many of the companies investigated supply arms to countries accused of committing war crimes and serious human rights violations, such as Saudi Arabia and the UAE.

The role of arms companies in deadly conflicts marred by serious human rights violations has been the elephant in the room for too long.

None of the companies that responded was able to adequately explain how they meet their human rights responsibilities and demonstrate proper due diligence, and 14 did not respond at all.

Patrick Wilcken, Arms Control Researcher in Amnesty International said: “The role of arms companies in deadly conflicts marred by serious human rights violations has been the elephant in the room for too long. While states like the UK are, rightly, being pursued in the courts for their reckless arms deals, the corporations who profit from supplying arms to countries involved in these conflicts have largely escaped scrutiny,” he added: “Not one of the companies we contacted was able to demonstrate adequate human rights due diligence … it could potentially expose these companies and their bosses to prosecution for complicity in war crimes.”

In one instance Amnesty International traced a bomb remnant from the site of an airstrike in Sana’a, which killed six children and their parents in 2017, to Raytheon’s manufacturing plant in Arizona.

When Amnesty International asked Raytheon what steps it had taken to investigate and respond to this incident the company issued that prior to export, military and security equipment is “subject to a multifaceted review by the US Department of State, Department of Defence and Congress”.

“Most companies who responded to Amnesty International made the argument that responsibility for human rights assessments lies with their home states through the arms licensing process,” said Patrick Wilcken.  He added: “Hiding behind governments is not good enough – especially when licence decisions have been shown to be flawed, and governments issuing licences are themselves being challenged over their role in war crimes and other violations.”

Amnesty International is calling on defence companies to vet clients’ past performance against human rights benchmarks; build high expectations of compliance with international human rights law into contracts; continuously monitor and periodically audit client performance; and use leverage to influence the behaviour of clients.

“Defence giants are washing their hands of their responsibilities by arguing that, once their goods are shipped, they no longer have any control over how they are used. This argument doesn’t stand up, legally or ethically – it’s high time companies started taking responsibility for their decisions,” said Patrick Wilcken.