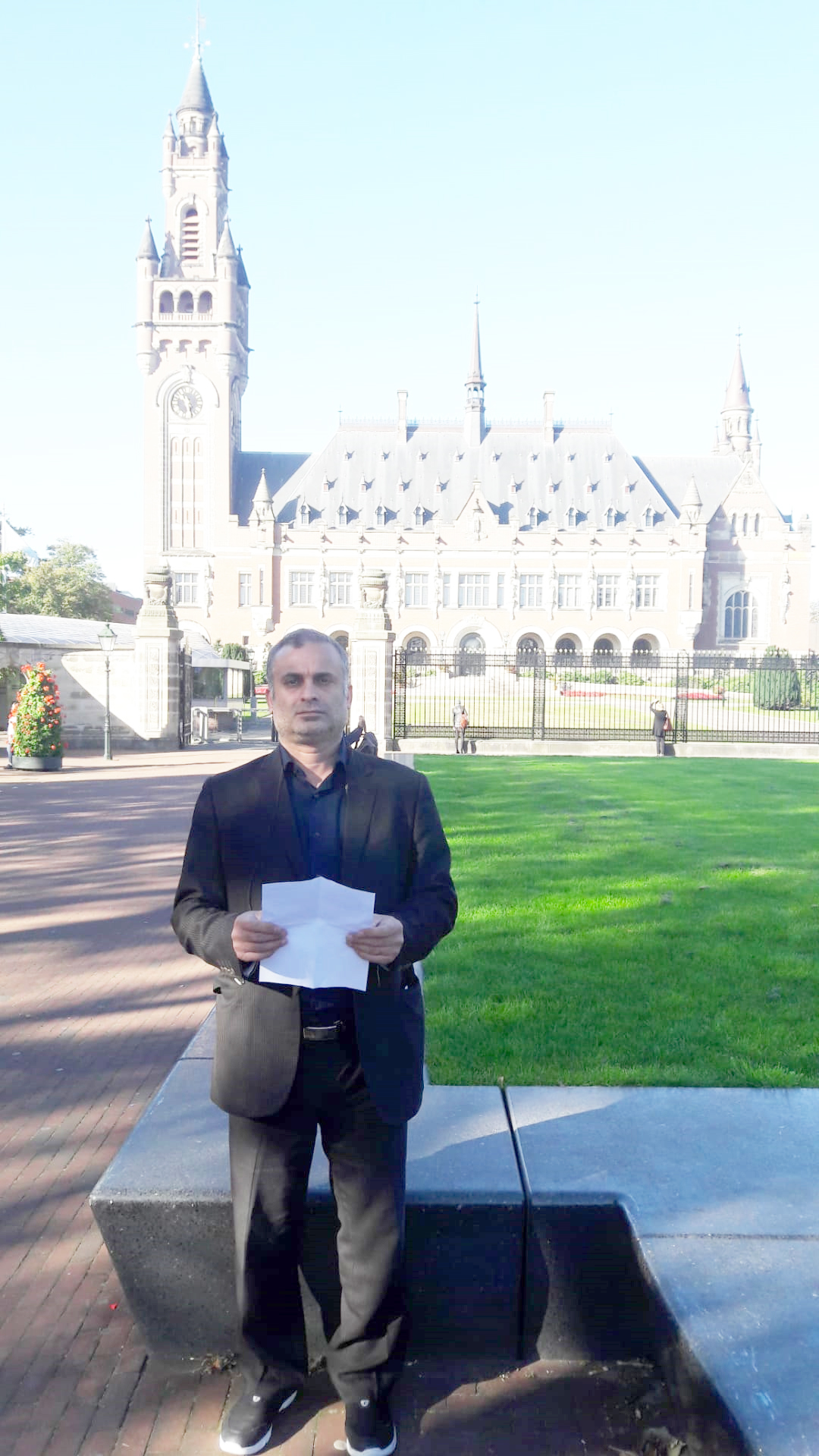 Victims of terrorism are peace messengers

Son of one Martyr of the Hafte Tir terrorist attack recited the statement “Victims of terrorism are peace messengers” in front of the Peace Palace in Netherlands in the 21st September, International Peace Day.
Media section of Association for Defending Victims of Terrorism reports that, a body of the Association that is in Netherlands to discuss human rights issues of victims of terrorism, recited the statement entitled “Victims of terrorism are peace messengers” in front of the Peace Palace in Netherlands.
In part of the statement we read:” The idea of the peace has been a concern for many scholars and politicians from the very long ago which led to creation of a global structure by the name of United Nations in the contemporary world for problem solving and conflict resolution with dialogue and based on international law.”
Statement goes: “Nowadays, centuries after that thought and nuances in the ideal of peace, humanity has the same concerns from the beginning and is confused and the human rights are under perpetual and brutal attacks from the global evil from Africa to Europe and Asia and especially in Yemen, Iraq, Syrian Arab Republic, Palestine, Afghanistan and Pakistan. In this situation, the word of peace seems to be an arbitrary thing not a real or accessible thing in human society.”
In the other part we read: “Terrorism is the big threat and challenge to the global peace in todays and this devastating phenomenon is a tool for imperialists and put the peace of human society in danger of perpetual brutality and makes real peace inaccessible. The international essays in confronting this global challenge have been futile and it seems that we are not cable of peace building.”
Statement continues: “Victims of terrorism are the most genuine voice and the highest price in tribute of human morality and dignity, and they have tributeed the human values by sacrificing their souls, security and health and by accepting the very harsh things. The message of the victims is the invitation to abstaining from violence and creating the sustainable peace. This invitation tries to weaken the bases of violence and extremism in the human society by enhancing the public awareness about the consequences of the organization of terrorism.”