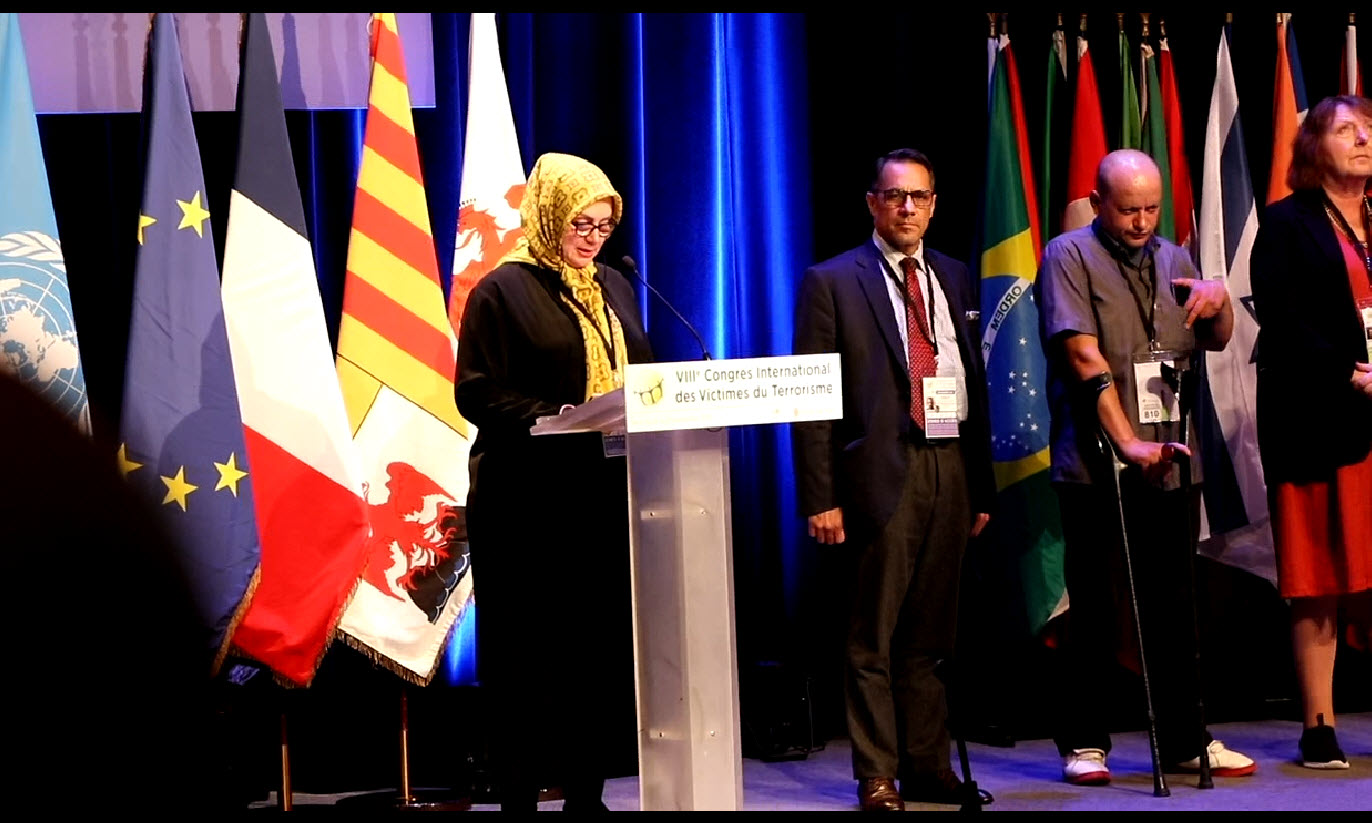 Association for Defending Victims of Terrorism Public Relations – The 8th International Congress of Terrorism Victims was held in Nice, France on which 700 victims of terrorism from 80 countries participated. 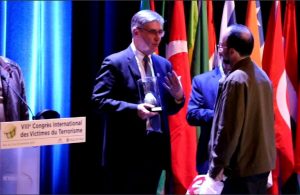 The gathering ended in the past few days and a delegation of Iranian families of victims of terrorism attended. They negotiated with individuals, congressional officials and other victims of terrorism around the world. The delegation included two Iranian victims, Aboozar and Tahereh, the deaf son and daughter of Dr. Yahya Saeidi. They narrated the story of their father that “memory of that event is unbelievable and nothing has been lessened from its sickening harshness of losing our father. But, more bittering is that, after decades of that catastrophe, its planners and supporters are free from any blame and reside freely in some European countries. This is weakening of the human rights and values and has a harsh message for survivors of this sort of catastrophes, and that, in our world, atrocity is valuable and human dignity and values are valueless and symbolic.”

Presenting the gift to Mr. Guillaume Denoix de Saint Marc, victim of terrorism and director of Association française des Victimes du Terrorisme, the Iranian victims of terrorism disapproved of granting asylum to terrorists in France and asked him to pass the message to the French authorities. They added that such events are opportunities to reach a consensus against extremism thought.

At the end of the Congress, 15 victims of terrorism read the Manifest of the Congress in 13 different languages. Ms. Safiyari, who has lost her foot and is a representative of Children’s Movement for Children read the following paragraph:

We request from international organizations, especially United Nations and the European Union; the creation of specific committees made-up of terrorism victims where they can make themselves heard, have a permanent voice and offer their own criteria an proposals to fight terrorism; and also that international organizations create and maintain monetary budgets destined to assist terrorism victims on their state.