This report asserts that, Lawsuits, protests and other actions are planned in several European ports to oppose this week’s return of the Bahri Yanbu, a Saudi Arabian state-owned cargo ship that has previously ferried tens of millions of dollars’ worth of arms to fuel the war in Yemen, Amnesty International said today.

Fresh off a trans-Atlantic voyage after stopping in the USA and Canada last month, the cargo ship is due to visit five European ports beginning on 2 February, before continuing its onward voyage to Saudi Arabia. These include Bremerhaven (Germany); Antwerp (Belgium); Tilbury Docks (UK); Cherbourg (France), and Genoa (Italy).

“On a similar voyage in May 2019, protests and lawsuits blocked some of the arms destined for Yemen from being loaded on the Bahri Yanbu. Even so, tens of millions of dollars’ worth of military aircraft parts and other arms slipped through. Multiple states failed miserably to live up to their international obligations to halt arms transfers for use in war crimes and serious human rights violations,” said Patrick Wilcken, Amnesty International’s Arms Control and Human Rights Researcher.

“Now, the political will of governments to respect their legal obligations is again being put to the test. Activists and port workers are on high alert as the Bahri Yanbu threatens to flout international law yet again in the name of lucrative arms deals that have been fuelling unlawful killing of civilians and a dire humanitarian catastrophe in Yemen.”

The new round of opposition to the Bahri Yanbu’s current voyage includes:

In December, Amnesty International Spain and partner NGOs in the national Control Arms campaign protested the arrival of the Bahri Yanbu’s sister ship, the Bahri Abha, in Sagunto, near Valencia. The Spanish government told Amnesty International Spain that the ship loaded containers destined for the United Arab Emirates and Egypt, but would not disclose their contents.

Given the secrecy surrounding the Bahri Yanbu’s contents, Amnesty International lacks specific evidence indicating that it is currently carrying arms to Saudi Arabia. However, the circumstances of the current voyage, and the ship’s deplorable record, raise a real risk that this is the case, and that states are again failing to live up to their legal obligations to stop illegal weapons transfers.

According to bills of lading data analysed by Amnesty International, since the war in Yemen began in 2015, the Bahri Yanbu has transferred close to US$360 million worth of military and dual-use equipment on 10 voyages from the USA to Saudi Arabia before the current trip.

Data now available shows that on its previous voyage visiting multiple European ports in May 2019, the Bahri Yanbu was carrying US$47 million worth of US-manufactured military components and equipment, much of it linked to military aircraft. Containers of arms were also loaded in Belgium and Spain, and howitzer cannon were due to be loaded in France until NGOs took legal action to halt the arms transfer. Amnesty International also received credible reports that the ship had Canadian light armoured vehicles (LAVs) on board at the time. 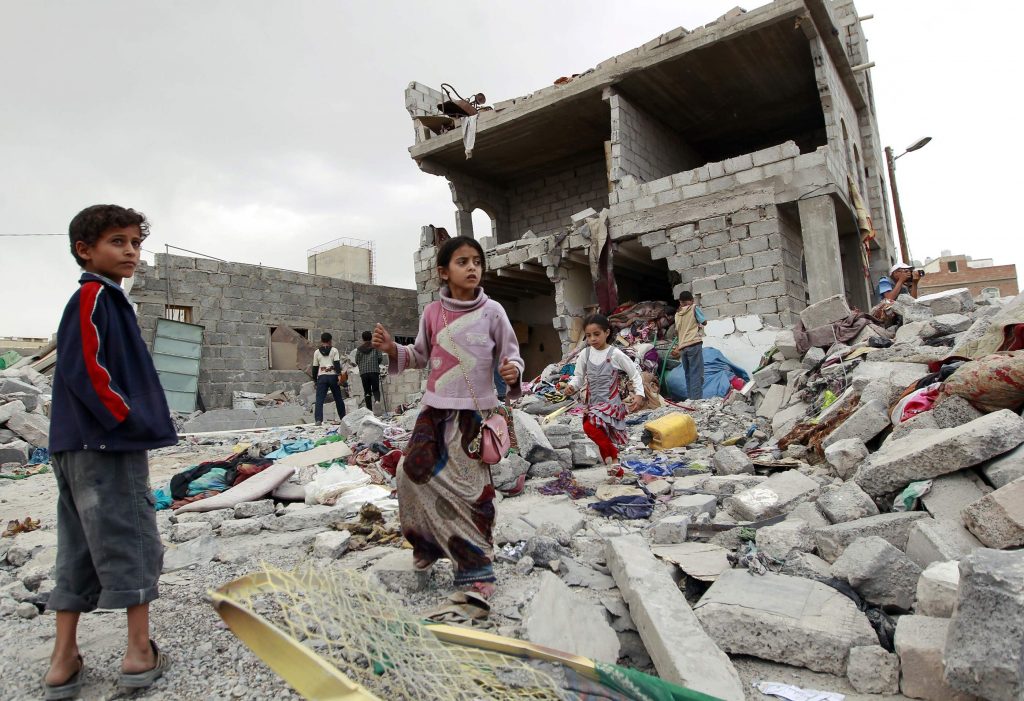 Belgium, Canada, France, Italy, Germany, Spain and the UK are all states parties to the global Arms Trade Treaty. Although the USA is a signatory, the Trump administration has stated it does not intend to follow the treaty’s obligations. The treaty prohibits international arms transfers that would be used to commit war crimes, such as attacks directed against civilians. The EU Common Position on Arms Exports also prohibits EU member states from allowing arms transfers in such situations.

The Saudi Arabian and Emirati-led Coalition’s air and ground war in Yemen has killed and injured thousands of civilians, including in attacks that violated international humanitarian law – some probable war crimes. The conflict has been characterized by a range of other serious crimes under international law, including enforced disappearance and torture at a network of black sites.