Home News Why Netherlands approved asylum for a terrorist? 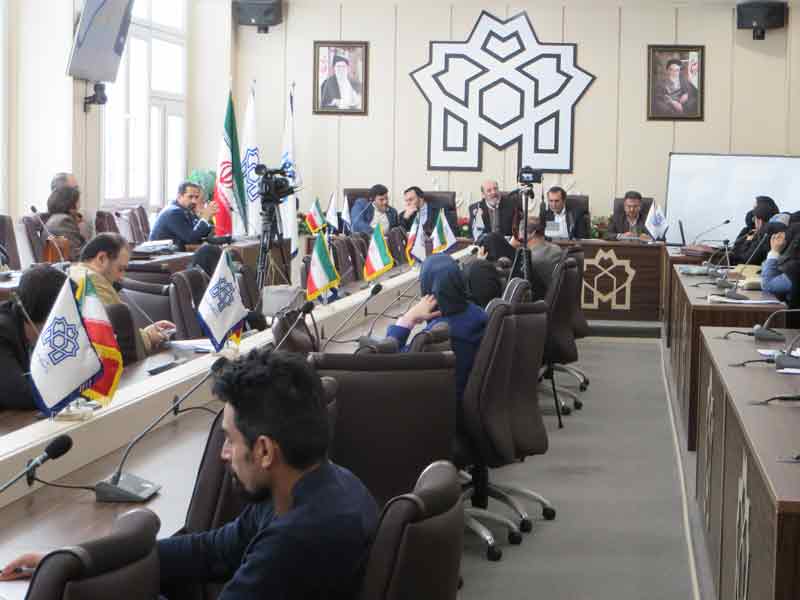 Why Netherlands approved asylum for a terrorist?

Association for defending victims of terrorism‘s public relation section reported in 17 February that, third session of “legal capacities in access to justice for victims” held in Allame Tabatabei University. University professors and prominent human rights activists, law students and lawyers and some victims’ families were attendances.

As first speaker, Mr. Jafar Kousha, Professor of law in Beheshti University, said: When a crime happens, community waits for a good and appropriate response to it, so, No response can bring negative consequences.

By mentioning to criminology he added: in criminology we should pay attention to goals, roles and effects of punishments. In this regard, safeguarding values is the base of punishments and security is the most important value in the society. So we must oppose anyone who wants to put in danger the security of society.

This Prominent professor who was delivering about “non-punishment as a cause of spread of crimes” added that: goals of punishments are deterrence and compensation and without consistency between crimes and punishments, we face with negative effects.

He continued: our question is that what is the consequences if culprits or someone who put security in danger became unpunished?

Professor Kousha said about the case of Hafte Tir terrorist incident in 1981 that in Iran, we have not any criminal code for terrorism and this is a major problem.

Professor of law in university of Beheshti asserted on the necessity of having professional structures and judges and said: the obstacles should be lifted. Political calculations and relations hinder judicial processes. Judicial branch is independent. Our problem is the security and authority of judiciary branch. If we impose suitable punishments on culprits there will be tranquility in victims and society will be in order and anyone who wants to do terrorist crime will be faced by a powerful judicial process and will be deterred from doing so.

Another speaker in this session was Doctor Zamani, professor of Law and Political Sciences in Allame University. He talked about international responsibility of the state of Netherlands. He thanked Association for Defending Victims of Terrorism for its essays to deliver this sort of issues and wished that these actions prevent the victims of Hafte Tir terrorist incident to become forgotten.

Doctor Zamani added: all the victims of Hafte Tir terrorist incident are voiceless. Netherlands has a powerful judiciary system and bringing its state to the court is very tough goal but we should pay attention to two issues:

First, state of Netherlands has approved asylum and residency for Ali Motamed. Is there any international commitment for states to investigate about background of whom been accused of terrorism and disapproving asylum for them?

Do the families of victims, who are present in this session, have the right of pursuing legal process about Hafte Tir terrorist incident in Netherlands’ judiciary authorities? Why the asylum been approved for Ali Motamed? Is there any lawsuit in this regard?

He added: terrorist attacks have public dimension and it is on all states to investigate about it. We want from the state of Netherlands to afford necessary judicial assistance for victims’ families.

Doctor Zamani in other part of his speech said that: commitment of state is commitment for result and not the commitment to mere a try. State of Netherlands should act transparent and committed. Independency of judiciary system should not be a reason for not assigning the judicial procedures to the state as a whole. State is integrated.

He added: after 2001 we saw a wave of change in the approach of states toward asylum seekers and due diligence had been added. It should be announced that how Mohammad Reza Kolahi acquired asylum and why his past was unknown for the state of Netherlands.

At the last part of his speech, Mr. Zamani, professor of international law said: traditional principle is that state must avoid in being a base for terrorists or attacking other states. We don’t know that Mr. Kolahi had acquired citizenship or residency. State of Iran should insist for the truth. All the states have duty to background check for anyone who wants to enter to that country. 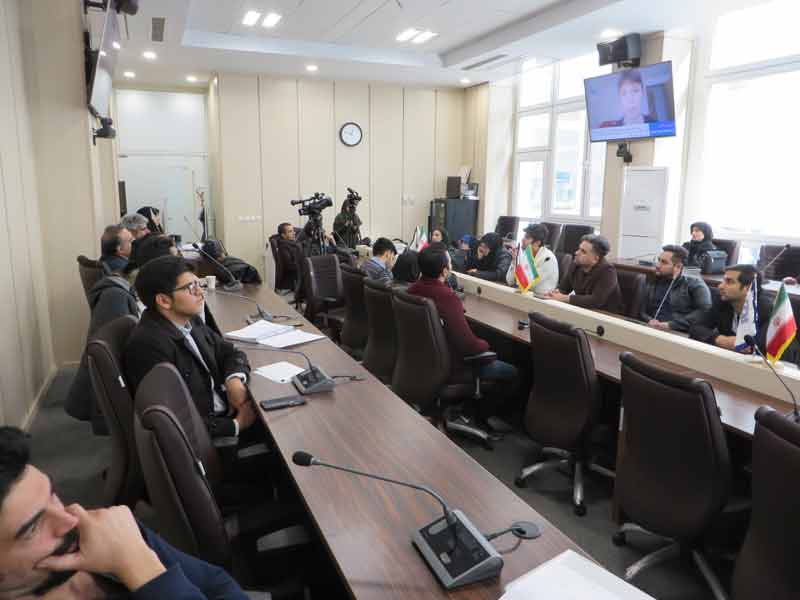 Then, Ms. Anicée Van Engeland, a senior lecturer in International Security and Law at Cranfield University, made a video conference. Her topic was France and its measure to enable victims of terrorism in access to justice.

She said, “France has been presented a success model when it comes to enabling victims of terrorism accessing to justice. There is, first of all, a governmental body called the interministerial support unit for victims (CIAV). That body takes care of everything that’s outside the law, which is medical support, psychological support, coverage of medical cost, and access to social benefits. There are also several associations that are there to support the victims of terrorism.”

The professor of Cranfield University said in another part of her speech “The rules also state that protection of victims need to be adequately recognized in the criminal proceeding. While in France there is no definition of who is a victim of terrorism, per se there is certainly a position that is adequately recognized in criminal proceedings. Once the victims of terrorism have filled the complaint and their complaint is being processed, they can have access to the compensation fund for victims of act of terrorism in other offences. They will support them with psychological and physical support. During that time the prosecutor of Paris will start drafting a list of people who have been the victims. And the victims need to bring evidence that they were actually in the location and they were injured during the terrorist action. It’s extremely important as a lot of people have tried to claim for compensation by being pretending victims.”

Pointing out the long procedure of French courts, she said, “One of the victims had said lodging a complaint is pointless, it just adds one bad thing to another. They kill you once with the offender, and the justice system doesn’t kill you once but a thousand times.” She added that, but we know also some reports of the people who are accessing to justice.

The next speaker was Dr. Fahim Danesh, a university lecturer and researcher of international, law pointed out the existence of international courts in the Netherlands which make the country as a symbol of law and justice. He and stated that, nevertheless, with a thorough and accurate knowledge of the Dutch legal system we can lodge a complaint.

In one part of his speech, he said, “one of the most important rights of the victims is that they should be recognized. In international instrument it was emphasized that these people are victims and domestic courts are responsible to recognize them. Being a victim can be addressed and reflected psychologically. A fund has been established at the International Criminal Court for supporting victims. Different states donate a lot of money to this fund and there are plans to normalize the situation of victims.” He added that one of the main demands of the Hafte Tir victims is that they are recognized.

The international law researcher referred the case of Mothers of Srebrenica who sued the Dutch government and they could eventually obtain compensation from the Dutch government although they faced a lot of problems. He continued “We are in favor of such judicial system. Following the file case be an opportunity. The Dutch have, in their legal structure, accepted that the families of the victims should be theoretically included. This entry can be called “Amicus Curiae” (Court Friend). On this basis, we can submit our considerations to the court. We just have to show that we are neutral and third party and that we are amicus curiae.

The next speaker of the meeting was Dr. Nargesian, the Assistant Prosecutor of International Affairs of Tehran’s court. He pointed out some of the aspects in the case, such as the absence of a contract between the government of the Netherlands and Iran, as well as passing 38 years of the case made it difficult to address the issue.” The 1951 Convention states that terrorist offenders should not be granted asylum”, he emphasized.

He continued “We have a legal gap in our country, and terrorism has not been criminalized in our criminal law. But the Dutch government must be accountable for granting asylum, and we are ready to hear legal advice from lawyers. 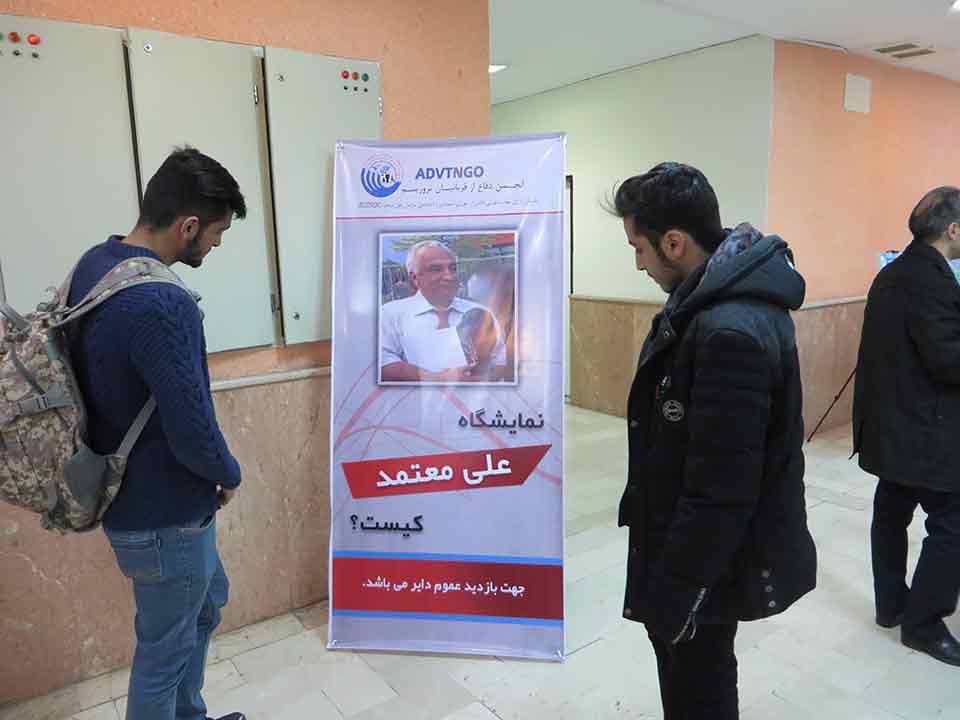 The next speaker at the meeting, Dr. Nejandi Manesh, a professor at Faculty of Law and Political Science of Allameh Tabataba’i University, said in one part of his speech, “We demand the Dutch government the right to know the truth. Why the word “Martyr” is written on the tomb of Ali Motamed? If the murder was a normal case, why is the Mojahedin-e Khalq Organization’s (the Hypocrites) sign is on his tomb? Why the Dutch government has granted asylum to a terrorist? There were cases in which a person seeking asylum was a driver of a forbidden party who has not been granted asylum. Why has Mohammad Reza been granted asylum?

In another part of his speech, Allameh Tabataba’i University Professor said: “Mojahedin-e Khalq Organization was designated as a terrorist group from 2002 to 2009. Why no measure was taken regarding the case? Removing the group from the terrorist list, must have done with prior consent of the victims. Perhaps the lawsuit against the Hypocrites in Albania will challenge the country’s judiciary, and all of these require the right question and what answer we are looking for.

Dr. Nezhandi Manesh, spoke about the grief of Mr. Pakenjad, son of the martyr of Hafte Tir and said, “Another right that families have is to find a suitable way to compensation. Perhaps the bitterest moments I met was when Mr. Pakenjad was talking near the grave of his father and uncle’s killer. It was very heartbreaking.

In the end, he expressed his hope that within the legal framework, regardless of political discussions, the issue of litigation of the victims of the Hafte Tir bombing would be brought before the Dutch court and the victims get the desired result.

After discussing the legal issues, the families of the martyrs of Hafte Tir bombing  expressed a part of their sufferings which still continue after many years. They urged the legal authorities and the attendees to pursue this issue diligently so that the desired result in the punishment of offenders can be achieved and the truth about the incident is clarified.

In the end of the meeting, Ms. Arjang, M.Sc. Student of International Law at Allameh Tabataba’i University, discussed the role and status of the United Nations in accessing justice for victims of terrorism.

At the same time, the exhibition “Who is Ali Motamed?” was held and welcomed by visitors and students. 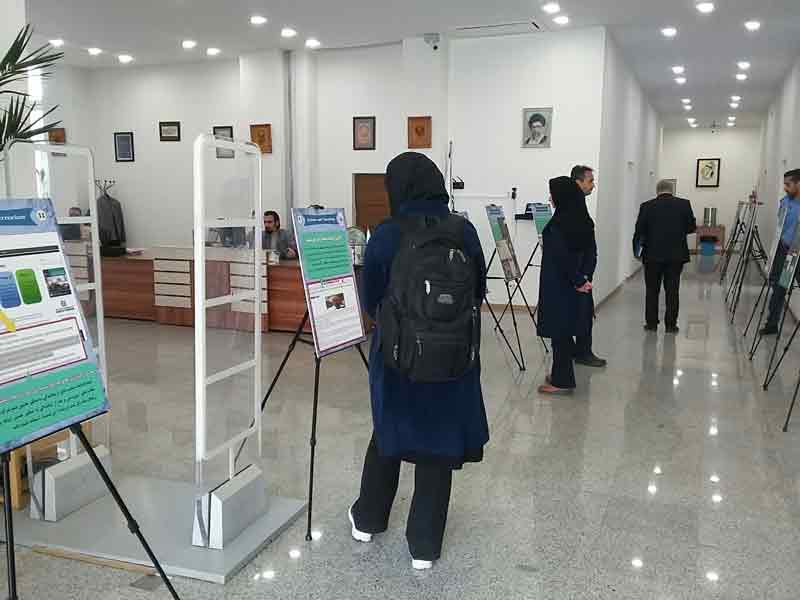