Home News Eagleson : there is a complete government cover-up of the Saudi involvement 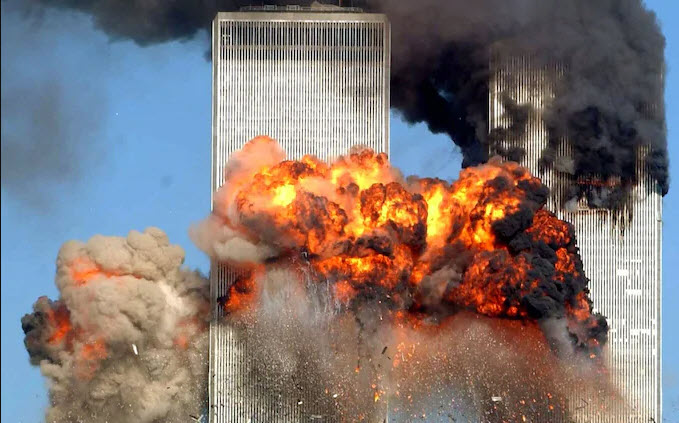 Eagleson : there is a complete government cover-up of the Saudi involvement

ADVTNGO– NBCnews reported that, After his name was mistakenly included in an FBI filing, the families want more documents released about the aid the official allegedly gave to the hijackers.

Families of 9/11 victims are ramping up pressure on President Donald Trump to release documents about a Saudi Embassy official who allegedly helped the hijackers, after the FBI accidentally revealed his name in a court filing.

The remarkable accidental disclosure by the FBI came in a court filing unsealed last week in which the name of the official, Mussaed Ahmed al-Jarrah, was left unredacted in one instance in the document, Yahoo News reported. Two sources close to the lawsuit confirm to NBC News that the FBI declaration was filed incorrectly to the public docket and then removed once the Department of Justice learned of the error. It’s no longer publicly accessible.

The families seeking to sue Saudi Arabia for alleged involvement in the Sept. 11, 2001, terrorist attacks have long sought information about al-Jarrah, who allegedly worked with two other Saudi nationals to assist and direct the hijackers.

Now the name is in public view due to the FBI’s filing error. But two sources close to the case tell NBC News that the FBI and the Justice Department are asserting that since it was an erroneous disclosure, the name is still subject to a protective order and neither side is allowed to discuss it publicly.

Terry Strada, who chairs the group 9/11 Families and Survivors United for Justice Against Terrorism, said that Trump had committed to help the families by giving them access to what they needed from the FBI files when they met with him last September at the White House, only to turn around and keep much of it secret. In April, Attorney General William Barr and acting Director of National intelligence Richard Grenell asserted the “state secrets” privilege over further information.

“This shows there is a complete government cover-up of the Saudi involvement,” said Brett Eagleson, a spokesman for the 9/11 families whose father was killed in the attacks. “It demonstrates there was a hierarchy of command that’s coming from the Saudi Embassy to the Ministry of Islamic Affairs [in Los Angeles] to the hijackers.”