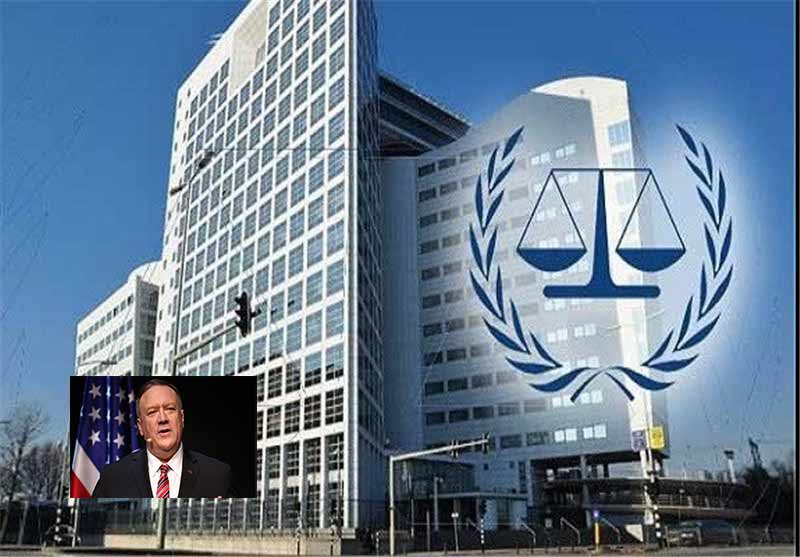 Bensouda: Palestine case will be conducted with utmost professionalism, independence and objectivity

US secretary stresses, ‘We do not believe the Palestinians qualify as a sovereign state,’ issues warning if court continues ‘illegitimate’ investigations

US Secretary of State Mike Pompeo on Friday warned the International Criminal Court against asserting jurisdiction over Israel, saying the United States will “exact consequences” for any “illegitimate” investigations.

The ICC’s prosecutor’s recent decision to accept “Palestine” as a state with the status to file a complaint could lead to a potential investigation into alleged war crimes by Israel in the West Bank and Gaza Strip.

“The International Criminal Court is a political body, not a judicial institution. This unfortunate reality has been confirmed yet again by the ICC Prosecutor’s attempt to assert jurisdiction over Israel, which like the United States, is not a party to the Rome Statute that created the Court,” read Pompeo’s statement.

Bensouda previously affirmed negative speculations surrounding the probe will not influence the ICC’s work, stating the Palestine case will be conducted with “utmost professionalism, independence and objectivity in strict conformity with the Rome Statute”.