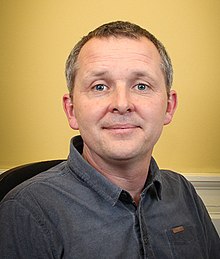 ADVTNGO – based on a report by IRNA – Irish politician Richard Boyd Barrett on Wednesday described the occupation of Palestine and the establishment of the state of Israel as “a complete disaster” for Palestinians.

In an interview with IRNA, he commented on the continuous occupation of Palestine over the last 72 years, terming the measures by the regime as an extreme form of oppression.

Israel pretends that it is interested in peace, Boyd Barret said, adding that the situation in Gaza could be regarded as horrific.

He went on to say that the people are in dire need in Palestine due to the COVID-19 pandemic.

Boyd Barret stated that the international communities have completely failed in protecting the basic human and civil rights of Palestinians.

“The communities have allowed the systematic ongoing breaching of human rights, including the illegal siege of Gaza or ethnic cleansing,” he added.

Commenting on the deal of the century, Boyd Barret pointed out that it could not be considered as a peace deal. “The US pretends to be interested in peace.”

He reiterated that the deal could be regarded as the support of the illegal occupation of the land by the regime.

The politician described Israel as an apartheid regime, adding restoring peace in Palestine and region will only be possible through dismantling the regime.

Richard Boyd Barrett is a member of Party “Solidarity – People Before Profit” in Ireland.