Home News Pope Francis prays for the people of Libya, affected by violence and conflict, and calls on the international community to seek the path to peace 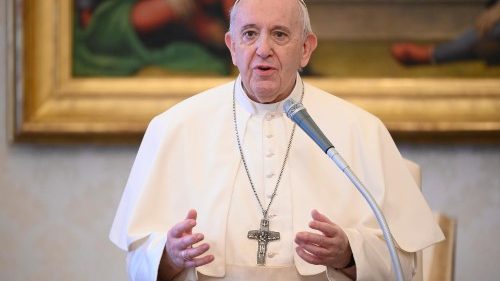 Pope Francis prays for the people of Libya, affected by violence and conflict, and calls on the international community to seek the path to peace

Association for Defending Victims of Terrorism – Vatican News reported that, After his Sunday Angelus, Pope Francis turned his thoughts and prayers to “the dramatic situation in Libya”, which he said he is following “with great apprehension and sorrow”.

The Pope urged the international community and all those who have political and military responsibilities “to recommence with conviction and resolve the search for a path towards an end to the violence, leading to peace, stability and unity in the country”.

Pope Francis also prayed for the “thousands of migrants, refugees, asylum seekers and internally displaced persons in Libya”.  He noted that the current health situation has aggravated the “already precarious conditions in which they find themselves, making them more vulnerable to forms of exploitation and violence. There is cruelty”, he said.

the Pope called on the international community to “take their plight to heart, identifying pathways and providing means to provide them with the protection they need, a dignified condition and a future of hope”.

Going off script, the Pope said that everyone is responsible. “No one can consider him or herself dispensed from this”. He then asked everyone in the Square to pause in silent prayer for Libya.