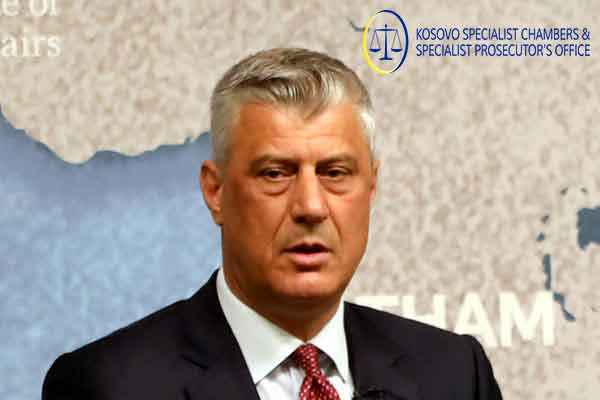 Association for Defending Victims of Terrorism – On 24 April 2020, the Specialist Prosecutor’s Office (SPO) filed a ten-count Indictment with the Kosovo Specialist Chambers (KSC) for the Court’s consideration, charging Hashim THAÇI, Kadri VESELI, and others with a range of crimes against humanity and war crimes, including murder, enforced disappearance of persons, persecution, and torture. The Indictment alleges that Hashim THAÇI, Kadri VESELI, and the other charged suspects are criminally responsible for nearly 100 murders. The crimes alleged in the Indictment involve hundreds of known victims of Kosovo Albanian, Serb, Roma, and other ethnicities and include political opponents.

The Indictment is only an accusation. It is the result of a lengthy investigation and reflects the SPO’s determination that it can prove all of the charges beyond a reasonable doubt. A KSC Pre-Trial Judge is currently reviewing the Indictment to decide on whether to confirm the charges.

The Specialist Prosecutor has deemed it necessary to issue this public notice of charges because of repeated efforts by Hashim THAÇI and Kadri VESELI to obstruct and undermine the work of the KSC. Mr THAÇI and Mr VESELI are believed to have carried out a secret campaign to overturn the law creating the Court and otherwise obstruct the work of the Court in an attempt to ensure that they do not face justice. By taking these actions, Mr THAÇI and Mr VESELI have put their personal interests ahead of the victims of their crimes, the rule of law, and all people of Kosovo.