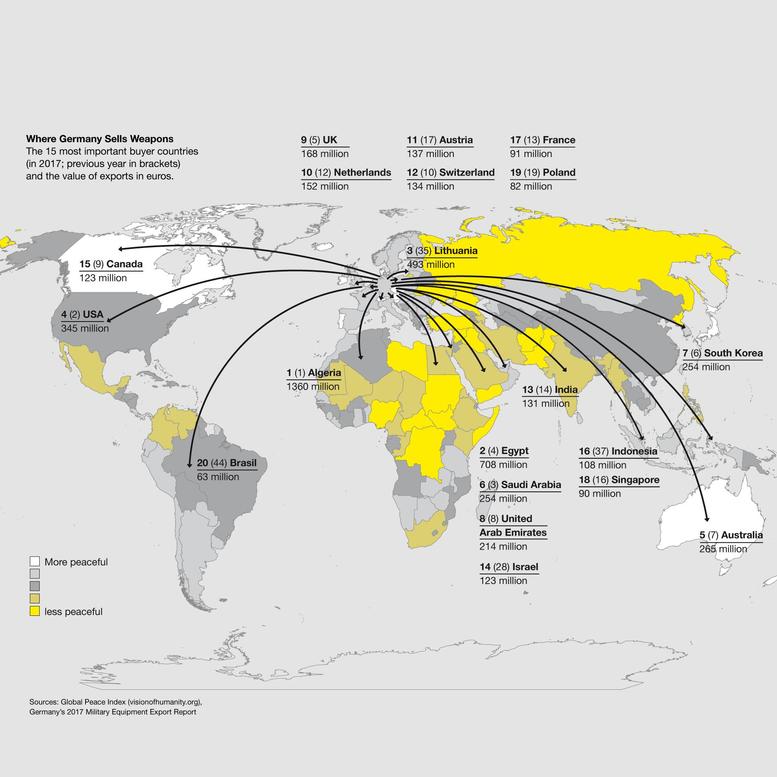 Association for defending victims of terrorism – Germany has authorized and exported weapons and military equipment to be used in countries with human rights violations and ravaged by war. Wars, including the Yemen conflict, have been “fought with German weapons.”

“Germany licenses and exports weapons of war and armaments to countries affected by war and crisis, to countries with human rights violations and to regions of tension,” the Peace Research Institute Frankfurt (PRIF) said.

A PRIF study examined the consistency of German arms export policy since 1990 and whether they adhered to the European Union’s eight-point criteria when approving arms exports.

The EU criteria includes “respect for human rights and international humanitarian law by the country of final destination” and “maintenance of peace, security and stability in a region.”

Germany has “repeatedly violated these criteria,” the study said.

“German weapons are systematically appearing in war zones and in the hands of dictators,” Greenpeace disarmament expert Alexander Lurz told French news agency AFP. “We urgently need a strict arms export law that prohibits exports to developing countries and puts an end to this deliberate, systematic undermining of export guidelines.”

According to the study, there have been “wars fought with German weapons and serious human rights violations.”