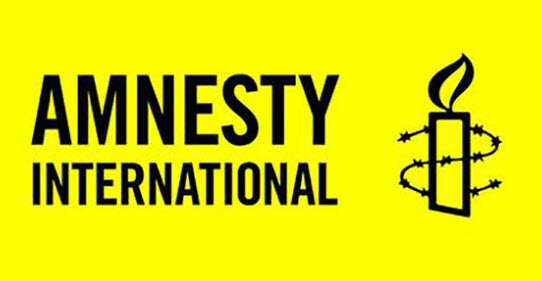 Association for Defending Victims of Terrorism – Amnesty International reported that, the recent murder of a Liberian national who had settled in Ontario has made one thing clear: Canada is failing to bring those suspected of crimes against humanity and war crimes to justice.

In late June, Bill Horace was shot dead in London, Ontario. He had been widely accused of committing mass murder, rape and torture in Liberia during the 1990s. Despite a mountain of evidence against him, Canadian officials never charged Horace, allowing him to live freely in this country since he first arrived in 2002.

On the heels of Horace’s murder, Amnesty International is releasing a new report in the No Safe Haven series, which documents how judicial systems around the world – including those in Bulgaria, Germany and Spain – are failing to effectively prosecute those suspected of crimes under international law, including war crimes and crimes against humanity. This latest report details how Canada’s Crimes Against Humanity and War Crimes Program is grossly underfunded and underused.

“More often than not, Canada washes its hands of the responsibility to adequately prosecute alleged war criminals, failing to take any action or opting to deport them without any guarantees they will be investigated for their crimes or be protected from serious human rights violations themselves,” said Alex Neve, Secretary General of Amnesty International’s English branch in Canada. “Longstanding failure to sufficiently resource efforts to bring persons suspected of responsibility for crimes under international law and human rights violators to justice in Canada through universal jurisdiction means that Canada risks impunity for those accused of the worst possible crimes in the world. Canada must do everything to ensure that such individuals face justice, rather than evade justice, in Canada.”

In 2000, Canada enacted the Crimes Against Humanity and War Crimes Act (CAHWCA), which enshrines universal jurisdiction for genocide, crimes against humanity, and war crimes in Canadian law. The result is that such crimes are criminalized in Canada even when committed abroad. But over the two decades since, only two individuals have been prosecuted under the CAHWCA, both linked to the genocide in Rwanda in 1994.

“This is not what was envisioned when Canada championed the International Criminal Court (ICC) and amended our domestic legislation to ensure this country would play a key role in delivering international justice,” said Lloyd Axworthy, who was the Federal Minister of Foreign Affairs when the CAHWCA was enacted and led international efforts to set up the ICC. “The intention was for Canada to dedicate the resources and political will needed to ensure that individuals accused of masterminding and carrying out terrible atrocities – genocide, war crimes and crimes against humanity – would have nowhere to hide and would, at long last, face justice for their terrible deeds.”

n this latest No Safe Haven report, Amnesty International systematically reviews Canada’s efforts to implement its obligations to combat impunity for the most serious offences under international criminal law. Coordinated by Sébastien Jodoin, Canada Research Chair in Human Rights and the Environment at McGill University, and developed with the input of lawyers, legal scholars, and law students across Canada, the report makes several recommendations to the Canadian government, including increasing resources for the Crimes Against Humanity and War Crimes Program, improving the protection of and support for victims and witnesses and ending legal and political obstacles.