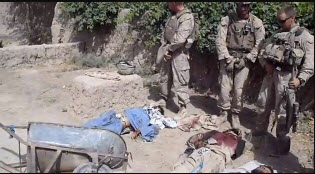 He wrote, The rule of law means that those responsible for the worst crimes should be promptly and fairly prosecuted. Yet the UK government is seeking parliament’s approval of a law – the Overseas Operations Bill – that would make it nearly impossible to prosecute British soldiers for torture and other war crimes committed overseas. With this bill the government shows contempt for the rule of law, violates the UK’s international commitments to prosecute the worst crimes, and risks creating impunity for grave abuse.

He added, Britain has a long and shameful history of failing to prosecute its nationals responsible for major crimes overseas – such as Reginald Dyer, the general who ordered the Amritsar massacre that killed hundreds of Indians. In 1950s Kenya, the British colonial state was responsible for widespread torture – the UK acknowledged this, 50 years later, but none of the alleged torturers ever faced trial.

He continues,More recently, the evidence is overwhelming that some British forces in Iraq committed serious abuses, often amounting to war crimes. Public inquiries and court rulings have found that British forces abused detainees, sometimes causing their deaths. Commanders and government ministers should have known about and prevented such abuse. Such failure to prevent war crimes is itself a criminal offense.

Clive Baldwin writes, despite this evidence, virtually no British soldier has been prosecuted, let alone convicted for war crimes. A public inquiry found that Baha Mousa, an Iraqi hotel receptionist, was beaten to death in British custody in 2003, but only one British soldier, a corporal, was convicted and sentenced to one year in prison. British governments have directly interfered to prevent UK nationals being prosecuted, shutting down investigations into alleged crimes committed by forces in Iraq and Afghanistan before they had completed their work.

He ended, The Overseas Operations Bill would make it nearly impossible to prosecute genuine cases. It would create a “presumption against prosecution” after five years for torture and other war crimes allegedly committed by members of UK forces overseas. The law would increase the power of the attorney general, a member of the government, to protect soldiers from prosecution.