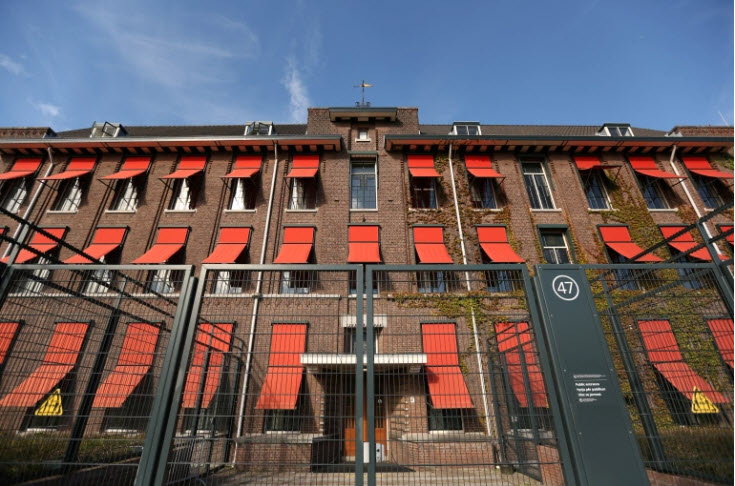 Prosecutors at the Kosovo Specialist Chambers said Mustafa is charged with crimes ‘against at least six people’ at a detention compound in Zllash, Kosovo [Eva Plevier/Reuters]

Salih Mustafa, the former KLA commander, has been charged with murder, torture, arbitrary detention and cruel treatment, prosecutors at the Kosovo Specialist Chambers said on Thursday.

During the 1998-1999 conflict, the KLA was made up of ethnic Albanian rebels who sought independence for the southern Serbian province of Kosovo.

Mustafa, 48, was arrested in Kosovo and transferred to the court based in the Dutch city where he appeared before a judge and will now be detained, they said in a statement.

He is charged with crimes “against at least six people” at a detention compound in Zllash, Kosovo in April 1999.

“Moreover, it is stated that one detainee was murdered at that location,” the statement added.

The murdered prisoner was “singled out by certain KLA members and was beaten and tortured more severely than the other detainees”, the indictment against him said.

The arrest comes months after the court indicted Kosovo President Hashim Thaci for his alleged role in nearly 100 murders during the conflict while he led the KLA. Thaci was questioned but not formally arrested.

Mustafa, currently a civil staff officer in the defence ministry, was a KLA member known to have operated in north Kosovo.

Afterwards, he led the intelligence service in the Kosovo Security Force, a lightly armed emergency force that emerged from the demilitarised KLA.