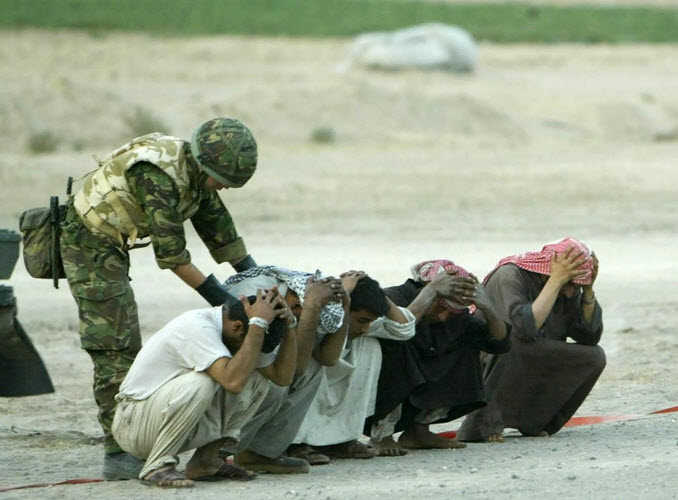 Association for Defending Victims of Terrorism – based on OHCHR website’s report,  UN human rights experts today called on the UK Parliament to reject a government bill they say would give British soldiers advance immunity for war crimes and crimes against humanity.

“There can be no excuse for unlawful killings or torture,” the experts said. “The universal prohibition against torture is absolute and non-derogable – it is considered so important that it cannot be limited or suspended under any circumstances. Governments cannot lawfully grant impunity or otherwise decline to investigate and prosecute such crimes.”

“By introducing a statutory presumption against prosecution and statutes of limitations, this bill undermines the absolute and non-derogable nature of the prohibition of torture and violates human rights law, as well as international criminal and humanitarian law. In the same manner, statutes of limitations should not be applied to acts constituting enforced disappearance, as it is considered a continuing offence as long as the perpetrators continue to conceal the fate and the whereabouts of persons who have disappeared and these facts remain unclarified. It is essential that domestic laws comply with international obligations,” they said.

The Overseas Operations Bill has cleared two of five steps necessary for passage by the lower house of Parliament, the House of Commons, and now is being given a line-by-line examination by the Public Bill Committee.

“We very much regret that the Government disregarded concerns raised by the UN Special Rapporteur on torture and other cruel, inhuman or degrading treatment or punishment, earlier in June,” the experts said. In response, the British government said the bill would not prevent future prosecutions, an assertion the experts deemed to be unconvincing.

The Bill limits the courts’ discretion to extend the period for claims of violations of the Human Rights Act by soldiers serving abroad, and would give only the Attorney General discretion to prosecute, and only in exceptional circumstances. “Both these provisions are an alarming regression from the independence of the judiciary and the longstanding democratic principle of separation of powers,” the experts said.

They consider the bill “particularly alarming” in light of a 2018 parliamentary report that found evidence British Defence personnel had been involved in enforced disappearances, torture and ill-treatment of suspects as part of the U.S. detention and rendition programme. It also said the military had been intentionally negligent in investigating complaints of torture and ill-treatment during overseas deployments.

Failing to investigate and prosecute the most serious crimes, including unlawful killing and torture, further deprives victims of their right to obtain justice and redress, the experts said. The government must not limit the time victims have to apply for remedy.

“It is of utmost concern that the UK Government is denying the rights to truth, justice and reparations to victims of serious offenses and their families, based on an arbitrary presumption that legal claims against British soldiers are vexatious and fallacious,” they said.