Home News From Yemen to Libya to Egypt, sales by United States are playing a significant role in world’s most devastating conflicts 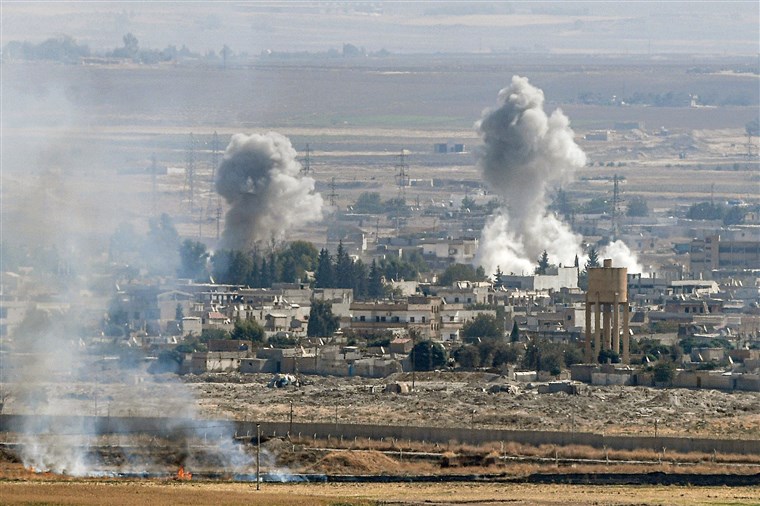 From Yemen to Libya to Egypt, sales by United States are playing a significant role in world’s most devastating conflicts

Association for Defending Victims of Terrorism – William D. Hartung said in his article in The Nation  that, Regardless of who is elected president this November, American arms businesses will continue to export arsenals to the Middle East and around the world.

He wrote in his article that, the United States controls nearly half the arms market. From Yemen to Libya to Egypt, sales by this country and its allies are playing a significant role in fueling some of the world’s most devastating conflicts.

He added, for example, at the recent “normalization” of relations between the United Arab Emirates (UAE) and Israel, has set the stage for yet another surge in American arms exports. Donald Trump is far from the first president to push tens of billions of dollars of arms into the Middle East. … The Obama administration, for example, made a record $115 billion in arms offers to Saudi Arabia during its eight years in office …. They’ve been among the principal killers in a brutal Saudi intervention in Yemen that has sparked the world’s worst humanitarian catastrophe.

Hartung writes: the flow of ever more advanced weaponry has only exacerbated conflicts, aggravated human rights abuses, and caused countless civilian deaths and injuries, while provoking widespread destruction. And keep in mind that, while not solely responsible, Washington is the chief culprit when it comes to the weaponry that’s fueling a number of the area’s most violent wars.

In other parts of his article we read, In its brutal bombing campaign in Yemen, the Saudis have killed thousands of civilians with US-supplied weaponry.  A General Dynamics 2,000-pound bomb with a Boeing JDAM guidance system was used in a March 2016 strike on a marketplace that killed 97 civilians, including 25 children.

He writes, Even some Trump administration officials have had qualms about the Saudi deals. The New York Times has reported that a number of State Department personnel were concerned about whether they could someday be held liable for aiding and abetting war crimes in Yemen.

Hartung sums up that, If Donald Trump is reelected, don’t expect US sales to the Middle East—or their murderous effects—to diminish any time soon.