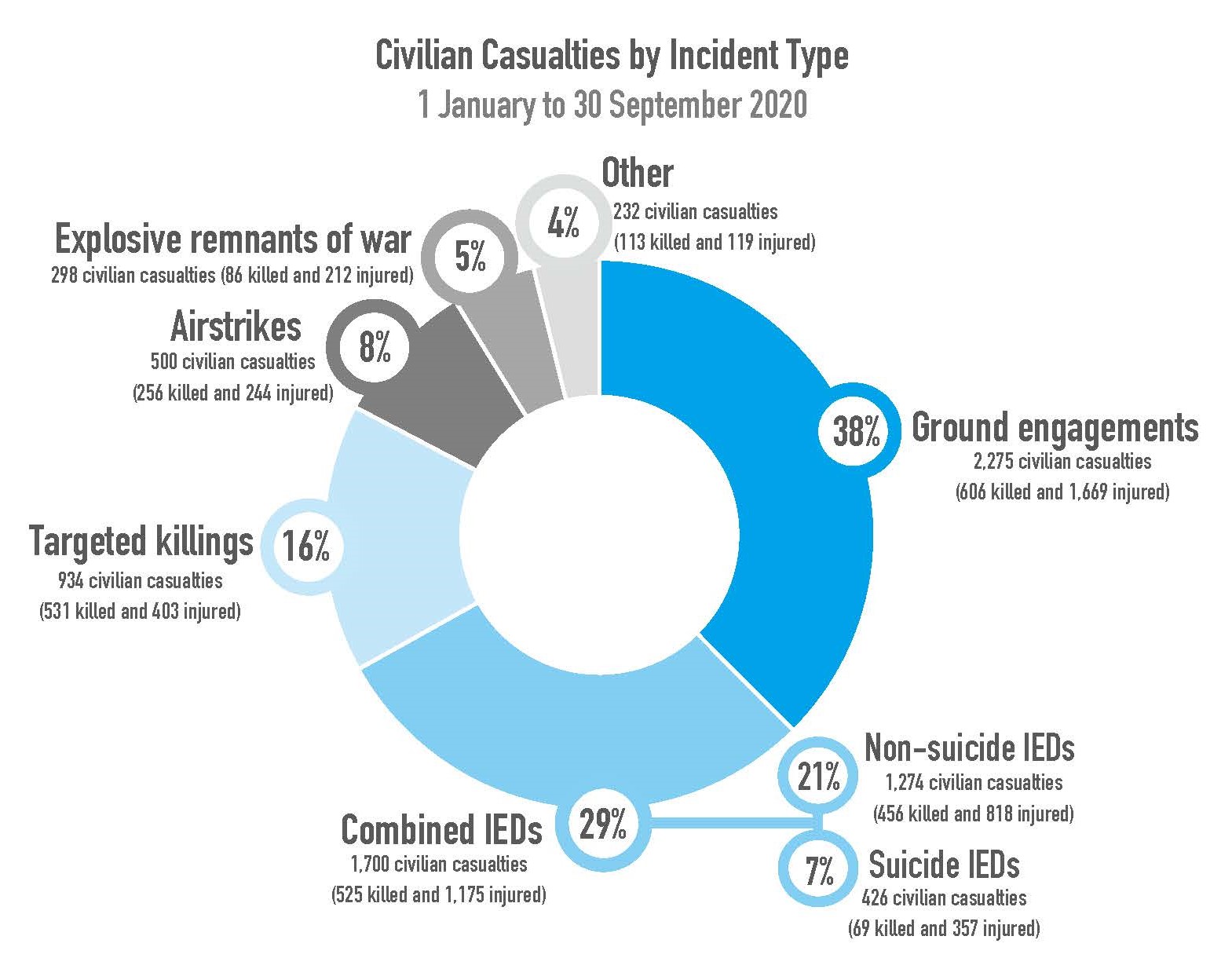 Association for Defending Victims of Terrorism – based on UNAMA website, the number of Afghan civilians killed and injured in the conflict has failed to slow since the start of intra-Afghan peace talks, although the overall civilian casualty figure for the first nine months of 2020 dropped by around 30 per cent compared to the same period in 2019, according to a new report released by the UN Assistance Mission in Afghanistan (UNAMA).

The Mission’s latest quarterly report documented 5,939 civilian casualties (2,117 killed and 3,822 injured) from 1 January to 30 September 2020. High levels of violence continue with a devastating impact on civilians, with Afghanistan remaining among the deadliest places in the world to be a civilian.

While the number of civilian casualties documented is the lowest in the first nine months of any year since 2012, the harm done to civilians remains inordinate and shocking. UNAMA reiterates that all parties to the conflict can and must do more to protect civilians from harm by urgently reviewing practices and strengthening mitigation measures, as well as working towards an end to the fighting – the only way to definitively stop conflict-related civilian casualties. UNAMA stands ready to further assist all parties in taking the urgent steps needed.

The Mission notes with concern that in the period from 12 September – the start of the Afghanistan peace negotiations between the Government of the Islamic Republic of Afghanistan and the Taliban in Doha, Qatar – to 30 September, there was no reduction in the documented number of civilian casualties caused by parties involved in the talks in comparison to previous weeks.