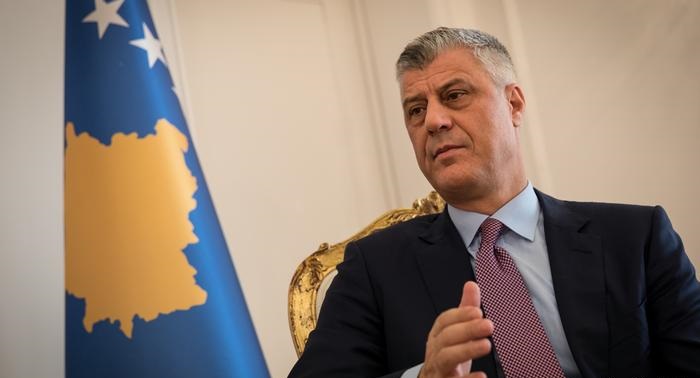 Association for Defending Victims of Terrorism – Former Kosovo President Hashim Thaci, a wartime hero turned politician, was arrested and transferred to the detention center of the Kosovo Tribunal in The Hague, the Netherlands, on Thursday to face charges of war crimes.

Thaci had resigned with immediate effect earlier in the day after learning that the tribunal had confirmed a war crimes indictment against him.

Thaci and three other former leaders of the Kosovo Liberation Army (KLA) are accused of overseeing illegal detention facilities where the movement’s opponents were kept in inhumane conditions, tortured and sometimes killed.

Thaci has repeatedly denied any wrongdoing. He told a news conference in the Kosovo capital Pristina that he felt his resignation was necessary “to protect the integrity of the state”.

Thaci arrived at Pristina’s military airport in the afternoon and was flown to The Hague, where he was taken into custody by the Kosovo Specialist Chambers.