Home News Al-Tayeb: terrorists do not represent us, and we are not responsible for their actions 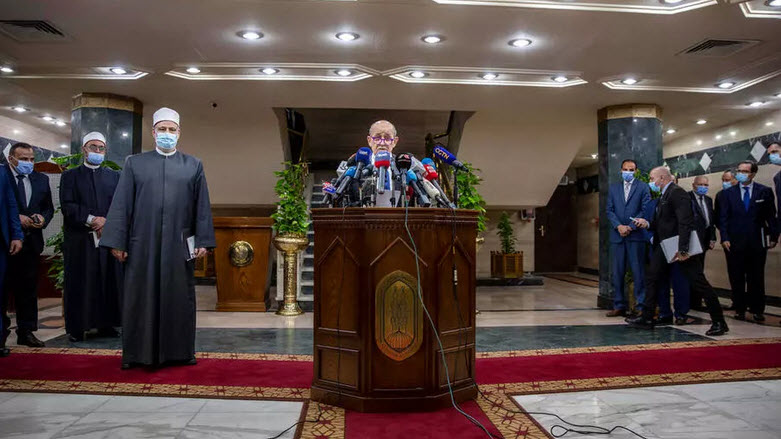 Al-Tayeb: terrorists do not represent us, and we are not responsible for their actions

“We have a first principle which is the highest respect for Islam,” Le Drian told reporters on Sunday. “I also want to say that Muslims are fully part of society in France.”

Le Drian said, “we’re confronted by a terrorism threat, fanaticism, on our soil but also elsewhere, and this battle is a common battle.”

Le Drian then talked with said Sheikh Ahmed Al-Tayeb, the grand imam of Al-Azhar and the highest authority on Islam in Egypt. The grand imam leads the Al-Azhar Mosque and the prestigious Al-Azhar University

“Insulting our Prophet is completely unacceptable and we will pursue anyone who disrespects our honorable prophet in international courts, even if we spend the rest of our lives on this matter only,” said Al-Tayeb in a statement released by Al-Azhar.

“We refuse to describe terrorism as Islamic,” said Al-Tayeb. “Al-Azhar represents the voice of nearly 2 billion Muslims, and I said that terrorists do not represent us, and we are not responsible for their actions.”

Le Drian said the discussion between them was marked by “great frankness” but added “the Grand Imam suggested that we work together to deepen this common convergence.”