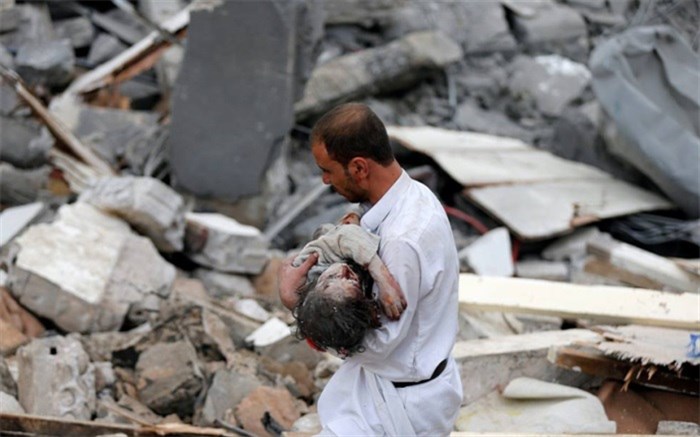 Association for Defending Victims of Terrorism – Human Rights Watch wants from US to stop its arms sale to UAE, in its recent report.

We read in this report that, the United States should halt proposed weapons sales to the United Arab Emirates (UAE). It should suspend all future sales until the UAE curtails unlawful airstrikes in Yemen and Libya, halts support and weapons transfers to abusive local forces, and credibly investigates previous alleged violations in both countries.

Report continues, on November 10, 2020, the US State Department formally notified the US Congress of the administration’s intent to sell the UAE US$23.37 billion in weapons, including F-35 fighter jets, unmanned aerial vehicles, as well as air-to-air and air-to-ground munitions. It cited the UAE’s need to defend itself from Iran as well as the UAE’s diplomatic agreement to normalize relations with Israel.

Based on this report, Sarah Holewinski, Washington director at Human Rights Watch, said “In continuing to sell weapons to the UAE, US authorities are ignoring pervasive evidence of airstrikes and other attacks by the Saudi and UAE-led coalition in Yemen that unlawfully killed civilians. US officials’ desire to reward the UAE for recognizing Israel should not entail complicity in unlawful deaths in Libya and Yemen.”

Report asserted, given extensive documentation of the UAE’s repeated and ongoing unlawful attacks in Yemen and Libya and its direct support for abusive local forces in both countries, US State Department officials risk complicity if they approve the supply of arms that are then used in the commission of war crimes, Human Rights Watch said. On November 18, three US senators introduced resolutions of disapproval to block the proposed sales.

Since March 26, 2015, the UAE has played a prominent role in a coalition of countries that has conducted military operations in Yemen, including committing over 30 fighter jets to carry out airstrikes and naval ships to enforce the coalition’s maritime blockade. Since the start of the conflict, Human Rights Watch has documented at least 90 apparently unlawful coalition airstrikes, which have hit homes, markets, hospitals, schools, mosques, and detention centers. Some of the attacks may amount to war crimes. The Yemen Data Project, which compiles information on air strikes and other attacks based on open-source information, estimates that the Saudi and UAE-led coalition has conducted more than 22,180 airstrikes on Yemen since the war began, an average of over 10 attacks per day.

At the end of report we read, “How many more UAE airstrikes using US weapons need to wreak havoc on civilians before the US says no more?” Holewinski said.