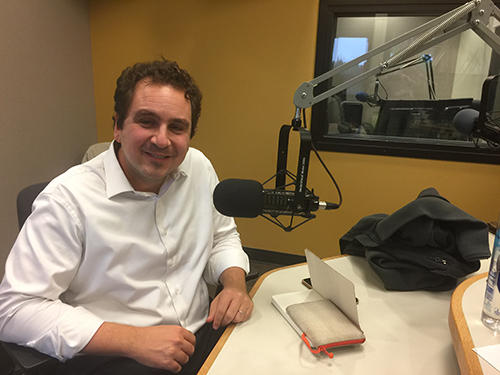 Association for the Defending Victims of Terrorism – In an interview with Jacobin magazine, Daniel Benaim, former Obama’s adviser on Middle East affairs, called for the transfer of the Hypocrites (MEK) from the Albanian camp to a country on the Red Sea coast.

In this interview, the professor of international affairs at New York University said, “My friends and I believe that reducing US support for the Hypocrites could lead to Tehran’s attention,”. In joint meetings, Albanian officials also expressed their concern about the group’s illegal activities in trafficking in person, drug dealing and arm smuggling. He added that there is no need for the Hypocrites to settle in Albania and on the Black Sea coast and on the European borders for a long time anymore, and the group should be transferred to Ethiopia or the Red Sea coast. The Hypocrites can be relocated from Albania to Eritrea.

In an interview in 2016, former Secretary of State John Kerry admired the transfer of the last remnants of the Hypocrite terrorist group from Iraq to Europe, describing it as an “important diplomatic achievement for the United States.” He described the transfer of members of the terrorist group as a great humanitarian and human rights achievement and said: “I am very proud that the United States have been able to play a crucial role in assisting to do so.”

In recent months, Nathan Sales, the US Department of State’s counterterrorism coordinator has said that ISIS and al-Qaeda have moved many of their operations from their headquarters in Syria and Iraq to their branches in West and East Africa, as well as Afghanistan.

According to a recent report on terrorism by the Institute for Economics and Peace, seven of the ten countries with the highest increase in terrorism last year are in Africa.

Terrorism fails everywhere. In his book “He Who Sows the Wind”, Michael Lüders claims that Western interventions in different regions of the world have resulted in nothing but wars, riots and insurgences, and ultimately scorched earth for the people of that region and failures for the West.

Convergence policy of terrorist groups under the name of Terrorism Organization with the management of the hegemonic powers in order to develop the goals of dominance system’s goals evidently indicates that this instrumental use has faced a strategic challenge and failures during the recent decades and have forced the West and the hegemonic system to make new decisions.

However, the future plans for these groups, who are themselves the first victims of terrorism remain unclear, but politicians and Western elites must be told that the remnants of the terrorist organization will continue to be a major challenge in the future policies of the hegemony system as long as the West don’t want to learn from their mistakes as Mr. Lüders has asserted in his book.