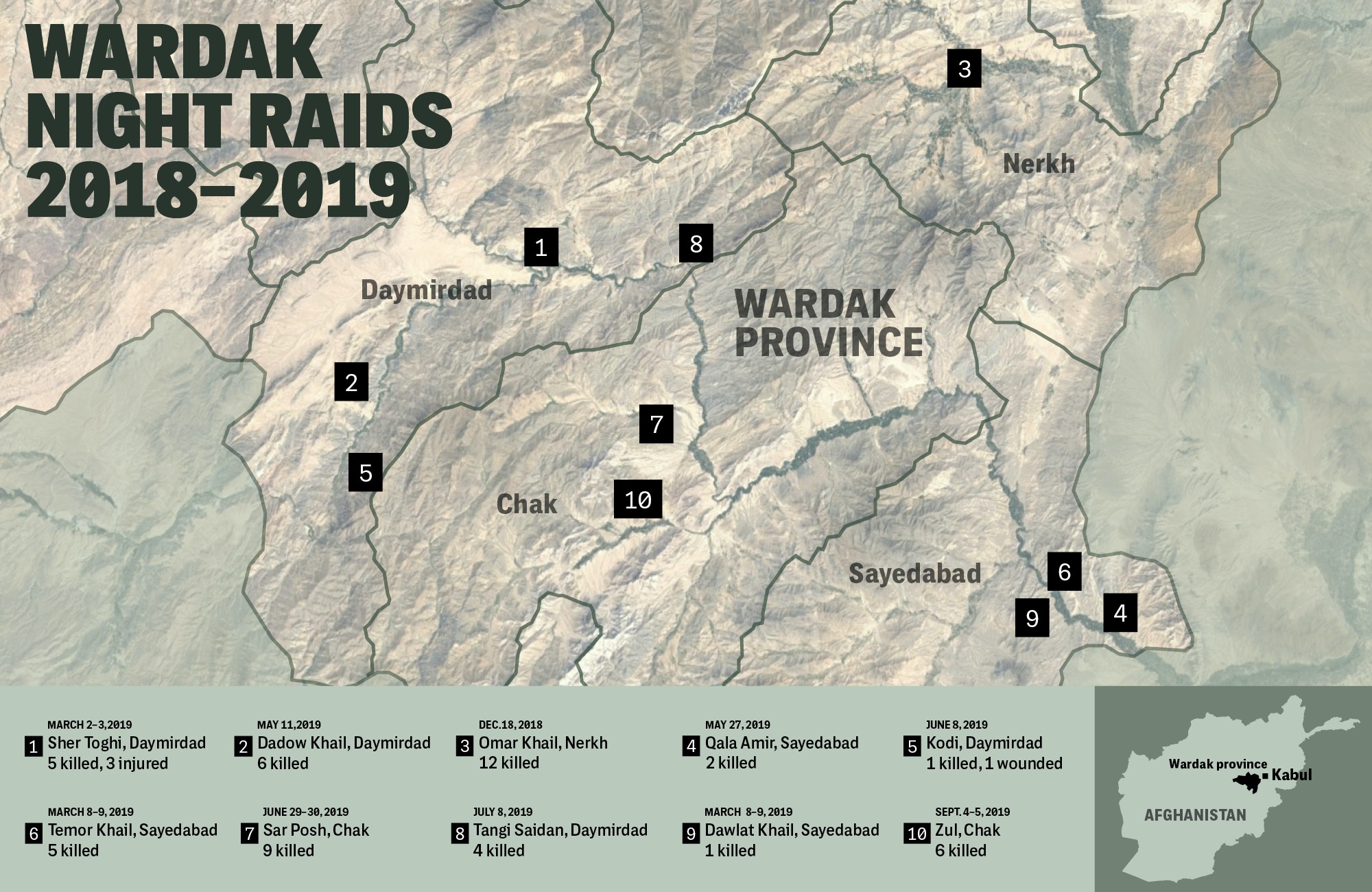 Based on the report, The 10 raids resulted in the deaths of at least 51 civilians, according to The Intercept’s reporting. In most cases, men and boys as young as 8, few of whom appear to have had any formal relationship with the Taliban, were summarily executed. Some died alone, others alongside friends and family. Several raids were accompanied by airstrikes or, in at least one instance, the detonation of hand-laid explosives targeting structures known to be occupied by civilians

Report continues, the units’ American CIA advisers go by pseudonyms or call signs rather than names. They not only train Afghan unit members, but also choose their targets, which the Americans call “jackpots”; issue detailed pre-mission briefings; and accompany Afghan paramilitaries on the ground during raids.

By the report, The CIA has a long history of training, arming, and funding indigenous militia networks. Since its birth in 1947, the agency has supported anti-communist outfits in Greece, Cuba, Vietnam, Laos, and Central America, as well as the Afghan mujahedeen in the 1980s. Since the September 11 attacks, the CIA has repurposed and supercharged those methods, dispensing training and weapons to supposed allies from Somalia to Syria with dubious results

We also read in the report, but the level of CIA involvement in Afghanistan since the war on terror began has few precedents. In 2013, more than $2.5 billion — nearly 5 percent of the entire U.S. intelligence budget — was allocated for covert action, the category under which the agency’s Afghan strike force unit program falls, according to documents leaked by National Security Agency whistleblower Edward Snowden. From establishing the strike force units to selecting their targets, overseeing their missions, and using special operations forces borrowed from the Pentagon to coordinate air support, the network of CIA-run militias in Afghanistan is perhaps the most dramatic manifestation, apart from America’s well-documented drone program, of the secret war the U.S. intelligence agency is waging around the globe.