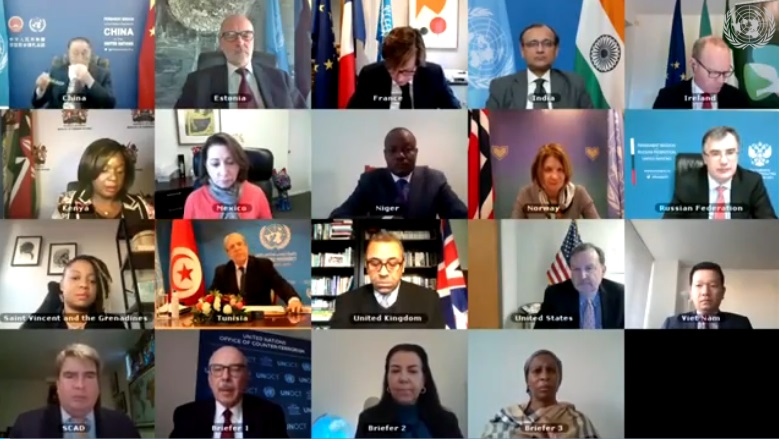 Despite important strikes against terrorism over the past two decades, including in bringing perpetrators to justice and disrupting additional attacks, countries cannot afford to let down their guard, the UN’s counter-terrorism chief told a virtual meeting of the Security Council on Tuesday.

“Terrorist activity has shown that we must remain extremely vigilant: the threat remains real and even direct for many States”, Vladimir Voronkov said, speaking from New York.

He warned that the COVID-19 pandemic has only amplified the need for action, as terrorists take advantage of the crisis to exploit new technologies and linkages with organized crime groups.

“Terrorists have sought to exploit disruptions arising from COVID-19. They have sought to benefit from the setbacks to the development and human rights agendas, riding on the wavetops of polarization and hate speech amplified by the pandemic,” he said.

“The threat has become even more difficult to prevent, with low-cost, low-tech attacks against soft targets by so called lone wolves.”

Promoting deeper engagement with civil society groups is another area for action, according to Fatima Akilu from Nigeria.

The former civil servant left Government in 2015 to form the Neem Foundation, which has designed numerous programmes to respond to the Boko Haram insurgency in the north and in the Lake Chad Basin region.

Ms. Akilu said non-governmental organizations are in the unique position of being able to advise the authorities on counter-terrorism while also providing evidence that can inform related policies.

“If invited, we can help build the capacity of States to prevent terrorism, especially in the areas of negotiation, rehabilitation, reintegration, services for women and girls, as well as adherence to human rights norms”, she told ambassadors.