Home News US is complicit 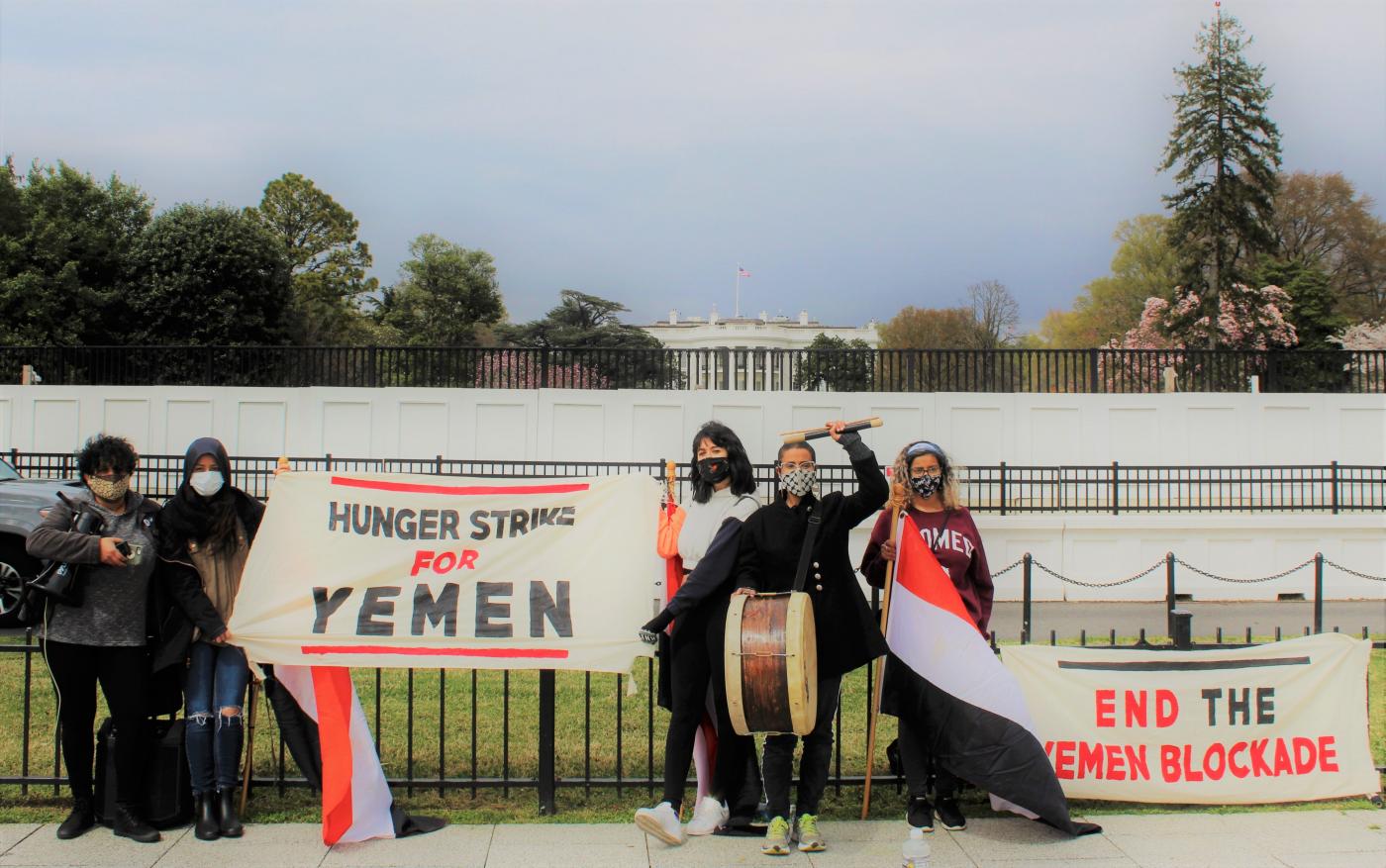 Association for Defending Victims of Terrorism – based on MEE report, Anti-war organisers are staging a hunger strike in Washington to bring awareness to the Saudi-led siege on Yemen

Iman Saleh said she had come to the “belly of the beast” with a simple demand – ending America’s complicity in the blockade on Yemen.

Activists say the blockade must be lifted unconditionally to prevent the humanitarian situation in Yemen from being used as a bargaining chip in the conflict.

The war has killed more than 230,000 people, caused outbreaks of disease and brought Yemen to the verge of famine, in what the United Nations calls the world’s worst humanitarian crisis.

“The ultimate goal is to end US support for the Saudi-led blockade because we know from that, the war ends,” Isaac told MEE.

But Yara Beydoun, an activist at the hunger strike, said ending foreign interventions and the blockade are a priority to bring peace to Yemen.

“At the end of the day, who’s paying? It’s the innocent people in Yemen who have nothing to do with anything that’s happening. And we are complicit. The US is complicit.”