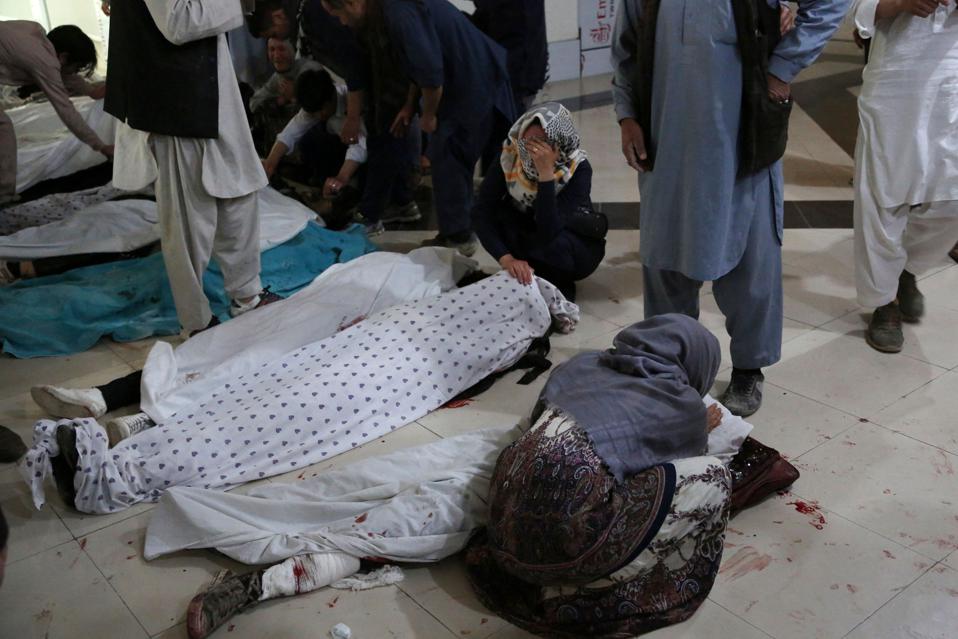 Terrorist attack on Afghan school in Kabul killed 85, injured over 150

Association for Defending Victims of Terrorism –Reuters reported, Terrorist Car bombing at Afghan school in Kabul killed 58*, injured over 150. Explosions caused by a car bomb and mortarsoutside a school in the Afghan capital Kabul on Saturday killed at least 58people and wounded over 150, mostly female students.

Most of the casualties were students coming out of the Sayed ul Shuhada school, and many were badly wounded in hospital.

“It was a car bomb blast that occurred in front of the school entrance,” an eyewitness told Reuters, asking not to be named. He said all but seven or eight of the victims were schoolgirls going home after finishing their studies.

At the Sayed ul Shuhada high school, girls and boys study in three shifts, the second of which is for female students, Najiba Arian, spokeswoman for the Ministry of Education, told Reuters. The wounded were mostly female students, she said.

Ghani said: “The Taliban, by escalating their illegitimate war and violence, have once again shown that they are not only reluctant to resolve the current crisis peacefully and fundamentally, but are complicating the situation.”

Patricia Gossman, Associate Asia director for Human Rights Watch, said in her twitter account: For how many years dasht-e barchi has been targeted and they can’t show up to investigate? Imam Zaman ,osque in Oct. 2017 killed 39, school bombing in Aug. 2018 killed 34+, bombings at wrestling club in Sept. 2018 killed 20, 24 killed in May 2020 in hospital maternity wing, Oct. 24, 2020 the Kawsar-e Danish center attack killed 30+. Now Sayedu Shuhada High School. Some of these were under investigation by war crimes unit of AGO, but nothing happened. Why?

No group has claimed responsibility for Saturday’s attack. Taliban spokesman Zabihullah Mujahid denied the group was involved and condemned the incident.

Shaharzad Akbar, Chairperson Afghanistan IHRC, tweeted: Denials& condemnations don’t stop the bloodshed or save lives. CEASEFIRE can. Afghans are killed in the conflict every day. Civilians are killed every day. We are in the holy month of Ramadhan & days away from Eid & Afghans are in mourning. Why won’t Taliban agree to a ceasefire?