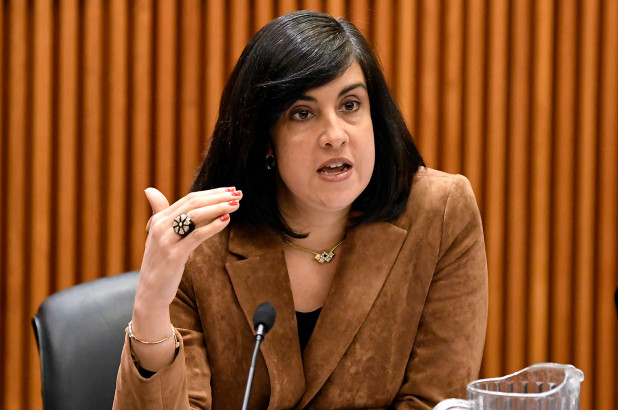 Association for Defending Victims of Terrorism – based on NYP report, GOP lawmakers urge DOJ to release docs related to alleged Saudi role in 9/11.

Pressure is building on President Biden to release secret FBI documents showing Saudi Arabia’s alleged complicity in the 9/11 terror attacks, with families of the victims accusing the US government of letting a Middle East ally  “get away with the murder of our loved ones.”

“After nearly 20 years, it is long past time that the American public learned the extent of Saudi Arabia’s role in 9/11,” said Brett Eagleson, who was 15 when his father was killed in the South Tower collapse.

Evidence of Saudi involvement in the terror attack emerged in a 2012 FBI memo as part of its Operation Encore investigation from 2007 to 2016. The heavily redacted four-page document identified three senior Saudi government officials who helped provide two 9/11 hijackers with living quarters, financial aid, flight lessons and driver’s licenses in California — allegedly knowing they “were here to commit an act of terrorism.” One of the officials, Musaed Jarrah, was working in the Saudi Embassy in Washington.

“They’re holding onto the juiciest material,” Andrew Maloney, a lawyer for the families, told The Post.

What’s worse, he said, the agency has shared confidential documents with American lawyers for the alleged Saudi co-conspirators. “The FBI has actually been helping the Saudis instead of the families. It’s crazy,”

Attorney General Merrick Garland received a letter on April 21 from Malliotakis and four other GOP congress members charging that 9/11 victims and injured first responders have been deprived of justice.

Brett raised an appeal for the FBI reports with President Trump during a ceremony at the White House on Sept. 11, 2019.

“I’m going to help you — it’s done,” Eagleson said Trump promised him and a half-dozen relatives.

But the next day, then-US Attorney William Barr cited the “state secrets privilege” on an executive order to block the release. The Department of Justice later filed court papers insisting that further disclosures on Saudi links to the terror plot would imperil national security.

In their letter to Garland, the 22 US lawmakers argue the state secrets doctrine is legally flawed, and “has frequently been asserted to cover up government misconduct.”

Malliotakis sent Garland an April 21 letter, signed by four fellow GOP Congress members, charging that the 9/11 victims and injured first responders have been deprived of justice. She demanded an immediate release of the FBI report.

In addition, more than 2,100 family members signed a March 12 letter to President Biden and Garland, alleging the DOJ and FBI “have continually obstructed and impeded” their lawsuit against Saudi Arabia.

The letter asks: “Does the Federal Bureau of Investigation work for the American people or for the Kingdom of Saudi Arabia?”

Biden has not yet replied.