Home News Israeli terrorism in Gaza no less than Holocaust 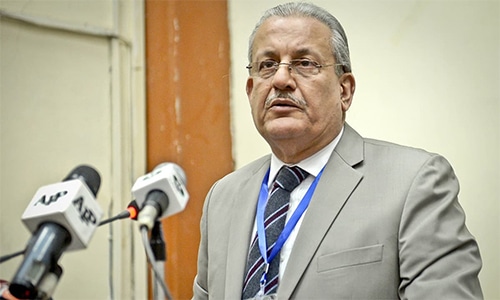 Israeli terrorism in Gaza no less than Holocaust

Association for Defending Victims of Terrorism – based on The News website, Former chairman Senate Mian Raza Rabbani said the Israeli state terrorism in Gaza was no less than Holocaust.

He was commenting on the response of the United Nations Security Council (UNSC) and foreign ministers of the OIC on the Israeli state terrorism against Palestinians. He termed the response of the UNSC and the OIC foreign ministers over the shameless assault on the Palestinian people insufficient and half-hearted, with appeals to stop the violence.

“The targeting of civilians and murdering non-combatant anywhere is unacceptable,” he said. Senator Rabbani said the people of Palestine had been left to mourn and carry tinny coffins of their children while a one-sided assault of state terrorism, mounted by Tel Aviv’s war machinery, continues.

He said Palestinian children were being murdered and an ethnic genocide was being carried out while entire world including the Muslim Ummah watch as silent spectators. The former chairman Senate said the international law and conventions were being thrown to dustbins, these acts amount to war-crimes.

Raza Rabbani said it was expected that the OIC would take certain concrete steps like economic sanctions against Israel and/or mobilise those Muslim nations who had just recognised Israel to exert pressure on them to stop the bombing. But, he regretted that nothing such thing had happened.