Home News Situation in Gaza is not a war, but it is state-sponsor terror 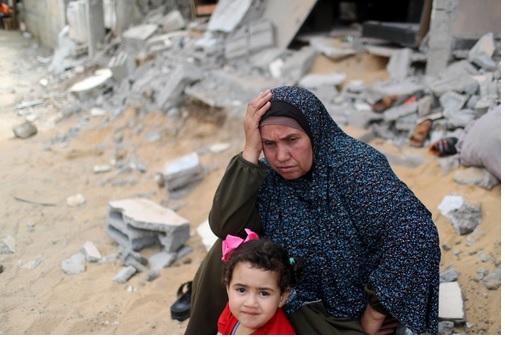 Situation in Gaza is not a war, but it is state-sponsor terror

Scheerpost – Chris Hedges, journalist, reporter and winner of Pulitzer in the article “Israel, the Big Lie” emphasized that the situation in Gaza is not war, but it is state sponsor-terror.

Chris Hedges states that Nearly all the words and phrases used by the Democrats, Republicans to describe the unrest inside Israel and the heaviest Israeli assault against the Palestinians since the 2014 attacks on Gaza, which lasted 51 days and killed more than 2,200 Palestinians, including 551 children, are a lie. I lived for weeks at a time in Gaza, the world’s largest open-air prison where over two million Palestinians exist on the edge of starvation.

The media activist figure emphasized that Israel’s indiscriminate use of modern, industrial weapons to kill thousands of innocents, wound thousands more and make tens of thousands of families homeless is not a war: It is state-sponsored terror.

This journalist adds that Israel is in breach of more than 30 U.N. Security Council resolutions. It is in breach of Article 33 of the Fourth Geneva Convention that defines collective punishment of a civilian population as a war crime.

Chris Hedges writes Israel is not, and never has been, the exclusive homeland of the Jewish people. From the 7th century until 1948, when Jewish colonial settlers used violence and ethnic cleansing to create the state of Israel, Palestine was overwhelmingly Muslim. It was never empty land. The Jews in Palestine were traditionally a tiny minority. Israel is not defending the rule of law. Israel is not a democracy. It is an apartheid state.

The Pulitzer winning journalist in the end states that the Israel lobby has spent hundreds of millions of dollars to manipulate U.S. elections, far beyond anything alleged to have been carried out by Russia, China or any other country. There are many parallels between the deformities that grip Israel and the deformities that grip the United States. The two countries are moving at warp speed towards a 21st century fascism, cloaked in religious language, which will revoke what remains of our civil liberties and snuff out our anemic democracies.