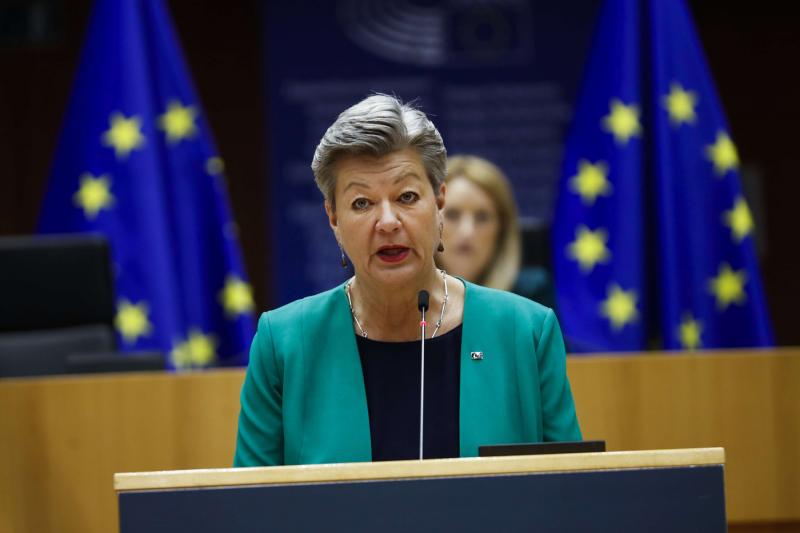 Johansson added, terrorism is a global threat and we can only fight this threat together.We must also work much  closer together against terrorism as a society.In December last year I launched a new counter terrorism agenda. To fight terrorism with the strong arm of the law. And the outstretched arms of prevention. In the European Union we’re boosting the capabilities of law enforcement and police to detect and investigate terrorists and promote better police cooperation with a new police cooperation code.

At the other part of his speech she said, We will also speed up and simplify operational information exchange. For example on fingerprints and DNA and number plates. We will use financial investigations to track down terrorists. We also need strategies to prevent attacks. Because it’s always better to prevent than to cure. Because there is always a limit to how many anti-terror squads we can deploy. Prevention starts with stopping terrorists from using the internet –  to spread propaganda and recruit people online. In the European Union we’ve introduced unprecedented legislation to take down terrorist content online across borders, within the hour.

Ylva Johansson continued, and we need work with Internet companies. They too have a responsibility. To prevent radicalisation, tackle hate speech. To counter algorithmic amplification which pulls people down Internet rabbit holes to ever more extremist content.Prevention is key in my new counter terrorism agenda. We will prevent attacks by protecting public spaces.  Like churches, mosques, synagogues, stadiums and public transport. Simple measures save lives. During an attack on a synagogue in Europe, a reinforced door prevented a terrorist from making many more victims. We will prevent attacks by countering radicalisation. A security challenge but also a social challenge. Extremists give isolated and insecure young people a purpose, an ideology. Friends, a community, a sense of belonging.

She added, In schools victims of terrorists warn students about the cost of violence. Deradicalisation experts help extremists to say goodbye to violence, build new lives, find new friends, return to society. In Europe, the Radicalisation Awareness Network is doing a great job. Local communities and businesses. Civil society. Churches, mosques and synagogues. To counter terrorism, we will work with everyone. For many young people, they see no job, no future: that’s a breeding ground for terrorism. So now our focus is on economic and social recovery, through our Recovery Plan. To bring work and opportunities. Recovery certainly must be inclusive.

At the end of her speech she said,  We will uphold the rights of victims. In Europe, victims of terrorism have rights. The right to specialised support in case of an attack. Including medical aid. Psychological aid. And legal advice. As soon as necessary. As long as necessary. Terrorists attack our values. We can only fight terrorism by upholding those values. We must win the fight not only on the battlefield, in our cities, town and communities, offline and online, but also socially, politically and morally. We can only fight terrorism together, as a global community and as a society.