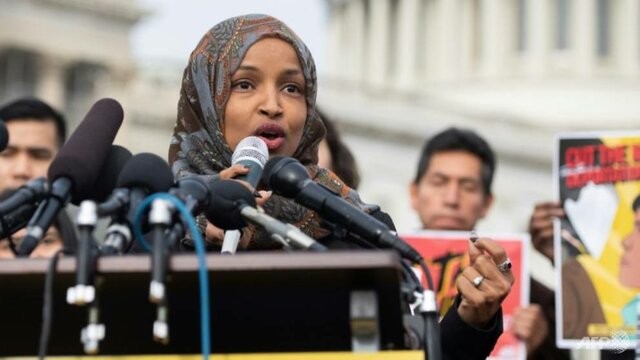 Ilhan Omar: U.S., Israel and the terrorist groups have all committed “unthinkable atrocities

Rep. Ilhan Omar , D-Minn., on Monday appeared to place America in the same category as the Taliban, saying the U.S., Israel and the terrorist groups have all committed “unthinkable atrocities.”

Omar, a member of the progressive “Squad,” posted a tweet that said that the U.S. needs to “have

the same level of accountability and justice for all victims of crimes against humanity.”

The Minnesota Democrat then claimed America and Israel have committed “unthinkable atrocities” like those committed by the terrorist groups.

“We have seen unthinkable atrocities committed by the U.S., Hamas, Israel, Afghanistan, and the

Taliban,” wrote Omar. “I asked [Secretary of State Antony Blinken] where people are supposed to go

Following days of Israel war on Gaza, Omar tweeted in May that, “We should all be grateful that a ceasefire will prevent more civilians and children from being killed,”. “But now what? We need accountability for every war crime committed.”

“And we need to stop underwriting crimes against humanity while doing nothing to end the occupation,” she continued.