Home News The side-event on legal capacity and the benefits of human rights was held : The inalienable right of the families of the victims of the Hafte Tir bombing to participate in the trial of Ali Motamed 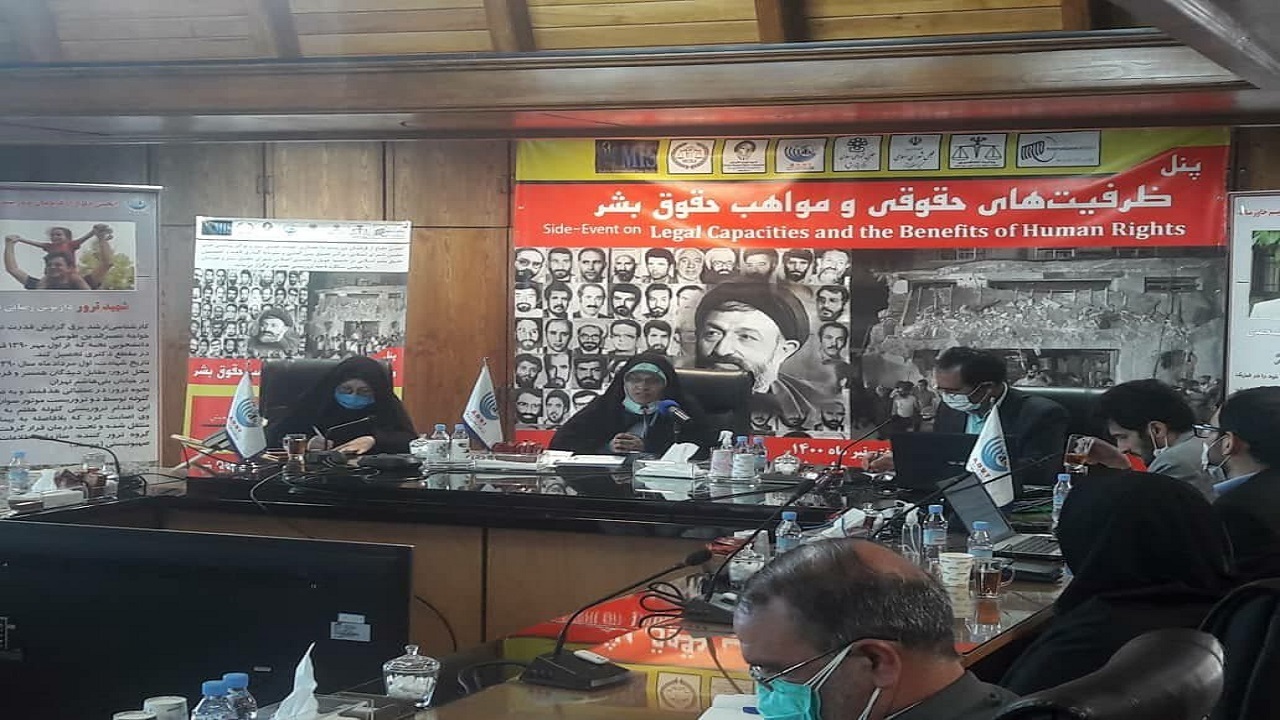 The side-event on legal capacity and the benefits of human rights was held : The inalienable right of the families of the victims of the Hafte Tir bombing to participate in the trial of Ali Motamed

The Association for Defending Victims of Terrorism, in collaboration with the Islamic Parliament Research Center of The Islamic Republic of Iran, the International Law Center and the Hague Investment, the Islamic Human Rights Commission, co-sponsored a side-event entitled “Legal Capacities and the benefits of Human Rights”. It was attended by lawyers, judges, jurists, members of the media and the respected families of the martyrs. The event was organized on the 40th anniversary of the Hafte Tir bombing on 28 June 1981.

In this meeting, the contexts and obstacles of the victims of terrorism to the benefit from the legal capacity in the international arena, especially in Europe and the Netherlands, were discussed. 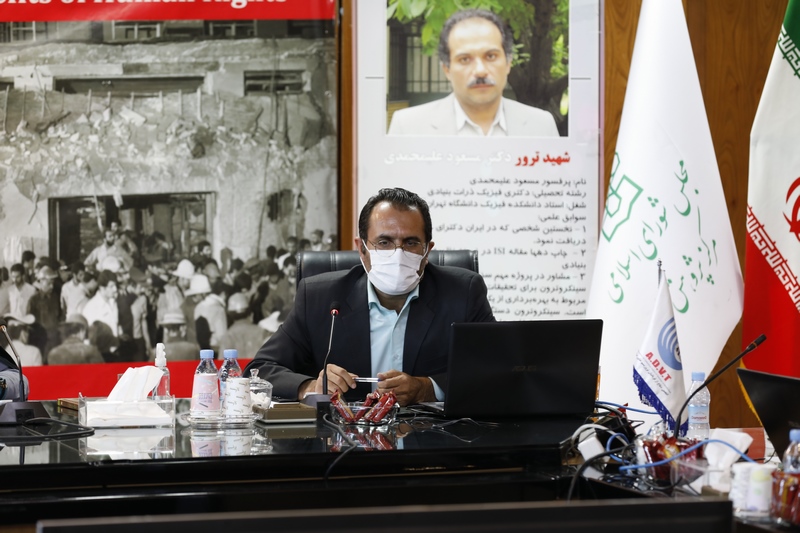 At the beginning of the ceremony, Dr. Heybatollah Nejandimanesh, a faculty member of Allameh Tabataba’i University, stated that if we want to punish terrorism, the double standard behavior of the governments must end and the cooperation of countries in the international arena must be strengthened. He also added that Ali Motamed, the terrorist of the Hafte Tir bombing, went to the Netherlands and sought refuge and finally he was killed. The inalienable right of the families of the victims of the Hafte Tir bombing is to be present at least as a participant in his trial, and this is a basic right of the victims of terrorist acts. Such a right has been accepted in the European Union, but the Dutch government has not yet cooperated in this case.

In another part of the side-event, Dr. Mahzad Saffarinia, a member of the faculty of the University of Refah stated that in the conventions related to refugees, countries are required not to grant asylum to perpetrators of terrorist crimes. In this regard, we can consider three dimensions of law. Refugee rights, the impunity for terrorist offenders and fundamental human rights. She added that collaborations should be established between countries to prevent impunity. There should also be amendments to the domestic law of countries to redefine some of the crimes. If these three dimensions are taken into account, the terrorists who took refuge in a country and lived there for many years will be extradited to their countries of origin. Countries must also provide guarantees that the criminals will be punished and that offenders will not enjoy impunity. 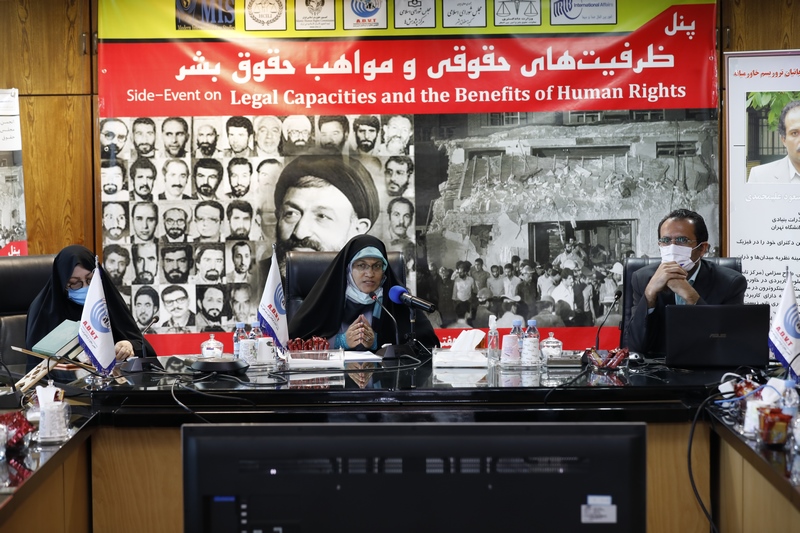 Dr. Zohreh Elahiyan, chairperson of the Human Rights Committee of the Islamic Parliament of Iran emphasized that the Hypocrites (MEK) have assassinated 17,000 people, but they are supported by the hegemonic powers. Now we have to ask, “Do we have good and bad terrorism? What does it mean to grant asylum to these terrorists? What is the reason that they are granted asylum in violation of the international conventions? She continued to say that legal mechanisms should be established to document the terrorist acts inside and outside the country, and that we should proclaim a part of the violated rights of the Iranian people by defending the rights of victims in all areas.

Dr. Anicee Van Engeland, professor of Cranfield University of Britain was the next speaker of the event. She said the first step in punishing the perpetrators of terrorist acts is to gather information. Unfortunately, there is currently no international tribunal for terrorist acts, and states are obliged to prosecute the terrorist cases according to their own rules. She concluded that unfortunately, there is a fear of refugees in Europe and the issue of refugees has become a security issue.

In another part of the side-event, Dr. Fereydoon Jafari, Special Assistant to the Minister of Science for Civil Rights and a member of the faculty of one of the Iranian universities, commemorated the martyrs of the Hafte Tir bombing. Then he said that four elements are defined in the definitions of terrorism; first, organized violence, second, organized acts, third, actions based on ideological goals, and fourth, action against civilians. He added that regarding the rights of victims of terrorism, we have two types of rights: first, criminal justice, which is accepting accountability and punishment of criminals, and second, compensatory justice, which means compensating the victims for the material and spiritual damages. At the end, he said academics are expected to justify world public opinion by considering legal documents and documenting terrorism. Our country is one of the biggest victims of terrorism. We have been the victims of terrorism, and this terrorism continues to take the lives of the victims in this country.

In another part of the side-event, Dr. Mohammad Amin Koosha, an international law student, stated that the right to the truth is a fundamental issue. In the case of Ali Motamed, the Netherlands has a duty to investigate the crime that has happened. When Ali Motamed was killed in the Netherlands, the case had no terrorist aspect and the scope of the right to the truth was limited, but when the Dutch government announced that Ali Motamed was Mohammad Reza Kolahi, the terrorist of the Hafte Tir bombing, the scope of the right the truth became wider. He added that after this incident, the beneficiaries of this case became more widespread and now the whole nation of Iran, in addition to the victims of the Hafte Tir bombing, are among the beneficiaries of this case and have the right to know the truth. He concluded that legal diplomacy should be used to enforce such a right.

Dr. Curtis Doebbler, an international lawyer from the United States was the next speaker. He stated through video message that there are exceptions according to the 1951 Refugee Convention. Individuals who have committed acts contrary to the purposes and principles of the United Nations, as well as individuals who have committed a crime against peace or humanity or commited a war crime, or a person who has committed a major crime, is a criminal who has no freedom to travel to another country. It means that he must be returned to its country and extradited.

Then, Ali Roudbari, a PhD candidate at international law at Allameh Tabataba’i University, said that impunity is an effective factor in the spread of crimes. What have we done about Ali Motamed? Victims of terrorism are divided into four categories: direct victims, secondary victims (family), indirect victims and potential victims. My argument is about the secondary victims of this terrorist act. Under international law, terrorism is delegated to governments. The question is what has the Dutch government done about its obligations to secondary victims? He added that the Dutch government is responsible for the victims and that and they cannot abdicate that responsibility for the excuse of not being aware of the identity of Ali Motamed. The Dutch government has several responsibilities: 1- Access to litigation 2- Protection of victims 3- Informing victims about support centers 4- Material and non-material assistance to victims and finally payment of compensation. 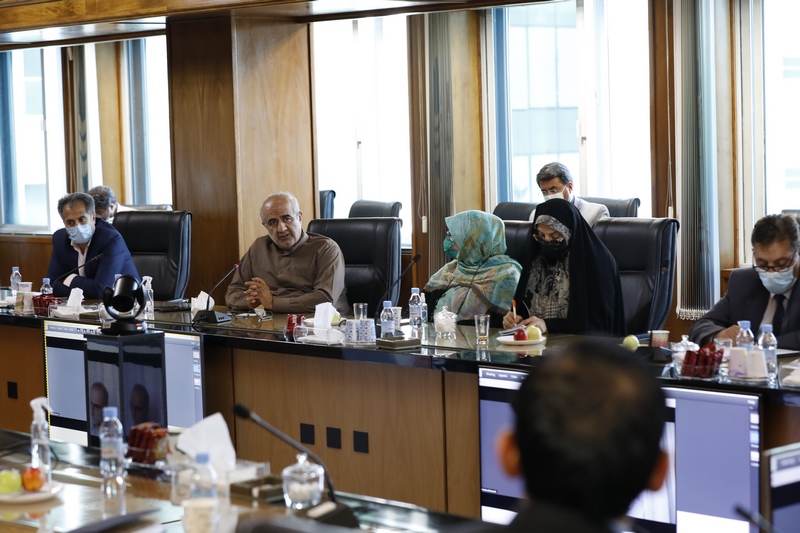 Mr. Mohammad Reza Eslami, the son of a martyr, stated that terrorism is currently being dealt with in a double standard and selective manner. The Dutch government, which granted asylum to a terrorist, and the Albanian government, which hosts the Hypocrites, are guilty. He continued to say that we should ask where the financial source of the Hypocrites is. Who sponsors this terrorist cult? Those who established these networks should be prosecuted. He concluded by saying that after many years, the grief of losing his father is still painful for him. He said, “I am still a victim of a terrorist act.”

In another part of the meeting, Judge Dr. Jabbar Issaian, Head of Branch 13 of the Kermanshah Court of Appeals, regarding the violation of the international and regional obligations of the Netherlands in granting asylum to Ali Motamed, stated that in Ali Motamed’s case, there was a debate about his eligibility for asylum. The Netherlands is a member of the European Union and accepts international law. If a person comes to this country as a refugee, this country is obliged to fulfill his conditions. He added that it does not matter whether the Netherlands government were unaware of the terrorist background of Mohammad Reza Kolahi or not. Given the facilities of this country, they cannot justify this lack of awareness.

Furthermore, in this side-event, Dr. Mir Mostafa Seyed Ashrafi, Head of the Public and Revolutionary Prosecutor’s Office of District 20, explained to the audience about the actions taken in the case of Mohammad Reza Kolahi.

It is worth mentioning that the side-event on legal capacities and the benefits of human rights was held in as a webinar and in person at the Islamic Parliament Research Center Of The Islamic Republic Of Iran.