Home News Holding “Who is Ali Motamed?” Exhibition in Isfahan 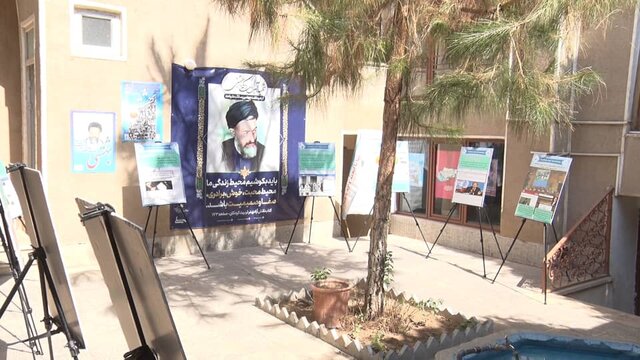 Holding “Who is Ali Motamed?” Exhibition in Isfahan

The Association for Defending Victims of Terrorism, in cooperation with the Isfahan Municipality, organized an exhibition entitled “Who is Ali Motamed?” on the 40th anniversary of the Hafte Tir terrorist disaster. The aim of the exhibition was to raise public awareness and familiarize the new generation with the Hafte Tir bombing. It is held at the Shahid Beheshti Cultural House in Isfahan.

This exhibition describes the process of escape and concealment of the perpetrator of the Hafte Tir bombing and the mistake of the Dutch government to grant him asylum status. Mohammad Reza Kolahi fled the country after the terrorist attack of Hafte Tir and lived in European countries and the Netherlands for many years under the pseudonym of Ali Motamed. His identity was known after he was killed in 2015.

According to the international laws, his presence in the Netherlands is not justified by and the country was required to check his terrorist record before being granted asylum.

The opening of the exhibition was held on 28 June 2021 attended by Mr. Nasr, Chairman of Isfahan City Council and the Mayor of Isfahan Region 1, Ms. Shokrani, as well as Hojjatoleslam Bagheri, Advisor to the Director General of the Isfahan Martyr Foundation and a group of martyrs’ families.

In addition, Ms. Masaeli, the head of Shahid Beheshti Cultural House, read the statement of the Association for Defending Victims of Terrorism entitled “Right to the Truth”.

In a part of this statement, it is stated that on the evening of July 27, 1981, a criminal from the descendants of the evils of the history caused a big catastrophe against a great nation, so that the horrible dimensions of the catastrophe made it one of the greatest terrorist crimes in history and one of the biggest contemporary terrorist incidents in Iran was remembered by the public opinion.

In another part of the statement, it is said, “However, that a review of the process and the fate of the perpetrators of the Hafte Tir crime clearly shows the clear negligence of the Western governments towards the terrorist criminal and other accomplices of the crime against the Iranian people. Today, the Dutch court is facing a historic assessment of the human rights of the families of the Hafte Tir bombing, for which no legal or normal justification is accepted in public opinion, international law, human rights instruments, international treaties and the UN Charter.”

In another part of the statement, we read that the Association for Defending Victims of Terrorism, on the 40th anniversary of the Hafte Tir bombing, calls on the judicial authorities, especially the Minister of Justice and the Dutch Attorney General, to provide a chance for the families of the Hafte Tir bombing as the beneficiary to identify the other accomplices of this terrorist offender, to provide the right to the truth and access to justice for these families.

In previous years, the exhibition “Who is Ali Motamed?”, was held at the site of the Hafte Tir bombing explosion in the former place of the Republican Party in Sarcheshmeh, Tehran, Golzar Shohadaye Hafte Tir in Behesht Zahra, Tehran, and also the Faculty of Law of Allameh Tabataba’i University. This exhibition continues until 30 June 2021.