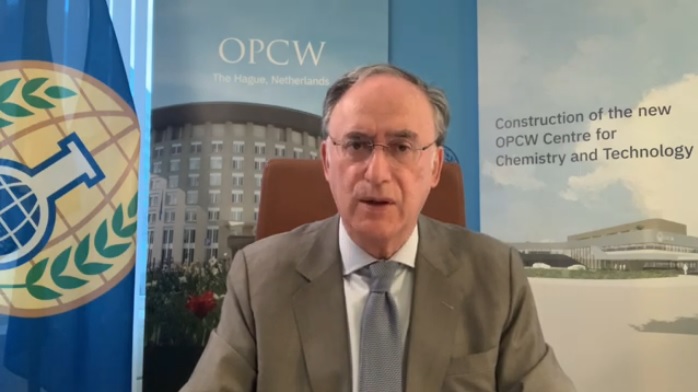 The victims of Sardasht deserve all our respect and solidarity

Association for Defending Victims of Terrorism – the Director-General of the OPCW, Fernando Arias, issued a statement to commemorate the 1987 chemical weapon attack on Sardasht, Iran.

He said, I deliver these remarks on the 34th anniversary of the 1987 chemical weapons attack on Sardasht in Iran. The 28th of June is a solemn day of commemoration for the Organisation for the Prohibition of Chemical Weapons (OPCW) as we pause to remember the victims of that brutal attack.

He added, I have been with the victims in Tehran and in The Hague and I share with them their pain and their feelings.On behalf of the OPCW, I wish to extend my deepest sympathies to and express my solidarity with the people of Sardasht. This tragic anniversary is a momentous occasion for the international community to reunify in our shared condemnation of chemical weapons.

He continued, indeed, the universal revulsion of such attacks contributed in a very important way for an outstanding majority of countries in the world to sign the Chemical Weapons Convention in 1993. Today, there are 193 States Parties to the Convention and over 98% of the world’s population lives under its protections. Nonetheless, in recent years the ban against chemical weapons has come under threat as we have witnessed their use in several countries. It is vital for the international community to reaffirm its commitment to the Convention and its noble goal to rid the world of chemical weapons.

He ended, The victims of Sardasht, and all others who have experienced the torment and pain caused by chemical weapons, deserve all our respect and solidarity.